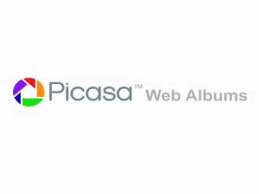 Yesterday’s post got me thinking. I did mention in it that I thought that the future of Picasaweb was not guaranteed, and we all know that Google has a pretty brutal history of closing products that do not fit its strategy and business – remember Google Reader, Buzz and others.

In the same post I mentioned Google’s decision to split Google+ into Streams and Photos – Hangouts having already effectively been spun-out. So the scene is being set for the demise of Picasaweb I feel.

Already a new user can’t choose to use Picasaweb as a storage and share platform; that ability was taken away some time ago, so no new users are being added to Picasaweb – they are directed to join Google+. Also if as an existing user you try and get to Picasaweb you are redirected to Google+ Photos. A rather useful tutorial on the way Google has engineered this change and how to get back to using Picasaweb is provided here.

All remaining users of Picasaweb will then be invited (ie requested, or demanded on pain of losing their images) to sign-up to Google Drive (not necessarily Google+ I suspect), get all its exciting additional features and voila their Picasaweb photos will be there in a Google Photos folder. [Incidentally they’ll have to provide some engineering to prevent Picasaweb photos on Google Photos being re-synced back to the desktop where they came from – I’m going to watch how they do this with interest!]

As Picasaweb is closed to new users using it and the Picasa desktop app points at G+ Photos already, not Picasaweb, this is the logical next step.

2 Replies to “What’s the future for Picasaweb?”