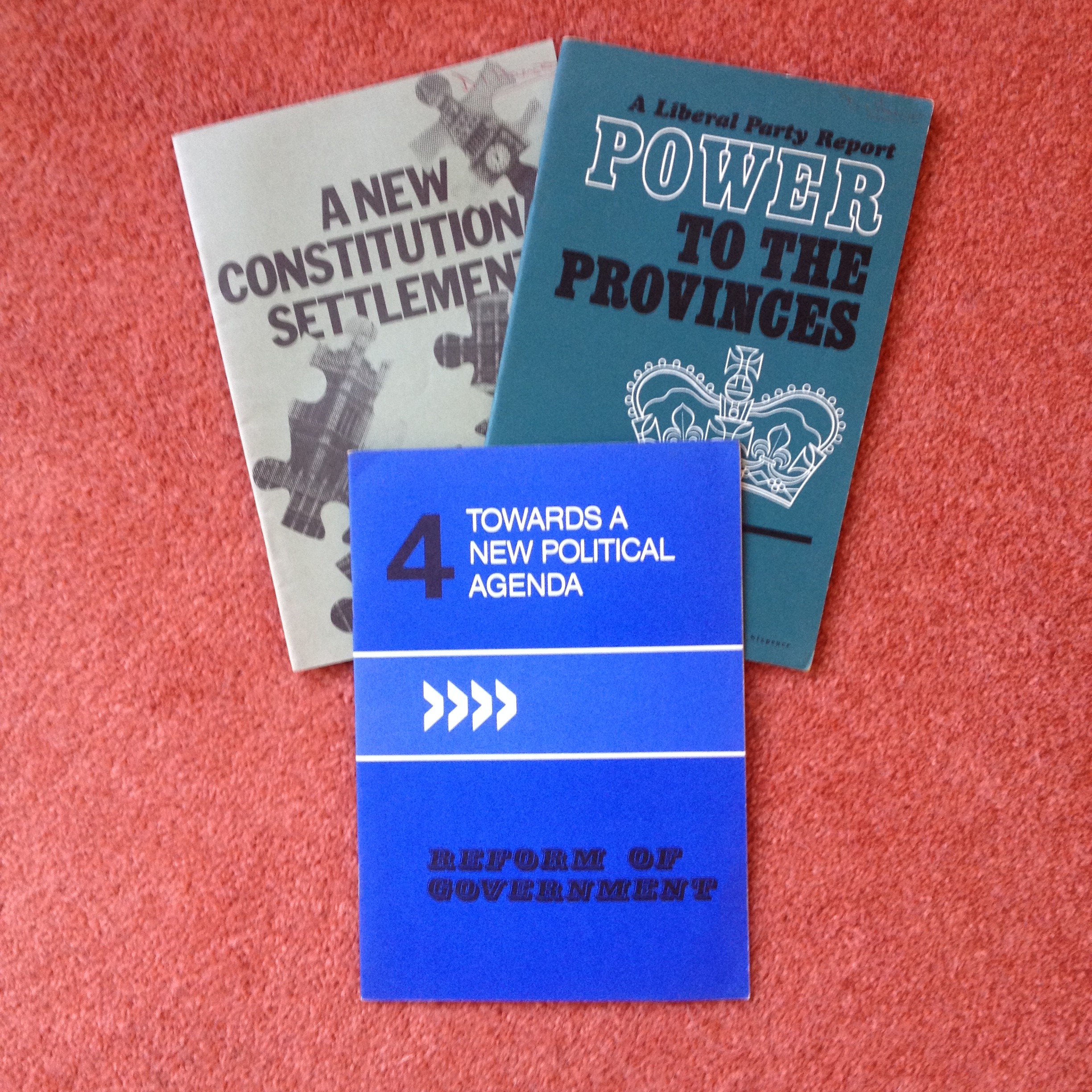 I couldn’t believe what I heard on the Today programme this morning … a Tory MP saying that the constitutional status of the UK would be changed forever, whatever the outcome of the Scottish referendum and that would mean a change to the Union, the UK and all its constituent nations; and then a Labour MP (from Nottingham) almost advocating federalism! For so many years (and some might say over so many issues) the old Liberal Party produced policies which were ridiculed by the Tories and Labour Party. Such was the case with the debate over a new constitutional settlement which was being discussed by the Liberal Party in the late 1960s. David Steel as a new leader had a vision for a revitalised United Kingdom with a written constitution, regional assemblies and federal government. Getting power closer to the people was the mantra.

As an active Liberal Party member in those days, with only a taxi-full of MPs, it was never easy to accept that perhaps it was us who were out of step – however sensible the policies sounded – but perhaps we were?

Now as we face the break-up of the UK; as we possibly stop being British – because how can you be British without the Scots; as a new constitutional settlement becomes inevitable; it’s perhaps time to dust off other old Liberal Party policies and seeing whether there are any gems still hiding there, such as National Insurance (Lloyd George), the Welfare State (Beveridge), etc etc.

What about reforming the House of Lords and Proportional Representation for starts!