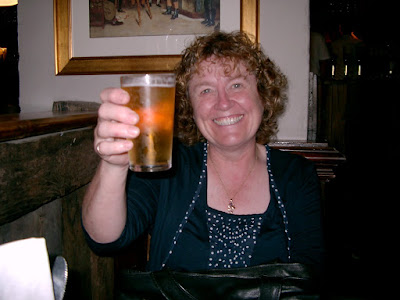 What do you do when you’ve just met your cardiac surgeon? You go down to the seaside and have a healthy lunch, well that’s what we did last week – even if the beer (and shandy) appear to tell a different story. The sun shone and we were able to sit down and reflect upon the news of what was going to happen. At this time, remember, I didn’t know anything about mum’s breast cancer – that was news still to come out, the next day in fact. What a brave women she is. How you all should be so proud of her. How much I really do love her. And, as you have said, this health scare is bringing us even closer together and we’ve had quite a few laughs.

It was here at The captain’s Wide that Dave Dee, Doxy, Beaky, Mick and Tich emerged – I hope you’ve read my other (public) blog post on the subject. I also did an internal blog post for those at work who might have been interested and I’ve received so many lovely comments and kind wishes for us both as a result. I was also interested in exploring what reaction there would be to using a corporate blog in this way and for such a purpose. Without socialmedia I’m not sure how I would have coped with what could be seen to be setbacks. Now … they’re just another blogging opportunity 🙂 This is what I wrote for the internal blog …

Some of you might want to know about some difficulties that I’m facing which have been completely unforeseen and which I didn’t see coming. Of course this could be a completely inappropriate use of this blog, as it’s very personal, so I’d be interested to hear views – sort of a personal experiment with corporate blogging ethics.

I’ve got diffuse heart disease (angina) which means many and separate narrowing of the veins and arteries in my heart. The angina is unusual in that it has been symptomless. I had no idea of the extent and severity of the problem until last week. I have had no chest pains, no recognisable breathlessness or excessive tiredness – I was running upstairs until the week before last! Until a fortnight ago I was expecting that the only treatment might be the insertion of a couple of stents (to widen the arteries) but an angiogram has revealed the much more widespread narrowing (hence “diffuse”;) and one blockage which means that by-pass surgery is the only realistic option. To ignore the evidence would be stupid and almost certainly would lead to a heart attack which could (as in the case of my father) be fatal. So I will have to have a number of by-passes (number to be determined) with surgery being done in about 6-8 weeks time. I will be in hospital for about 6 days and then at home for 2 months, at least, recuperating. So … I’m going to be “off the scene” for most of the autumn.

Just to make matters even worse, Jenny my wife has just had a breast cancer identified. This is of course far more worrying at this moment and we’re waiting to see exactly what the prognosis and treatment will be. We may need to work our operations and treatments in tandem. We’ll have a better understanding of that next Thursday.

So, as a means of handling mentally what’s going on, I may blog/tweet about things as they develop. Please don’t be surprised too much if I do this – social media has liberated me in ways I’d never thought possible, and has allowed me to be far more reflective, which must be a good thing.

I’m quite happy for you to share this message with anyone else. I’ll let you know how things develop. 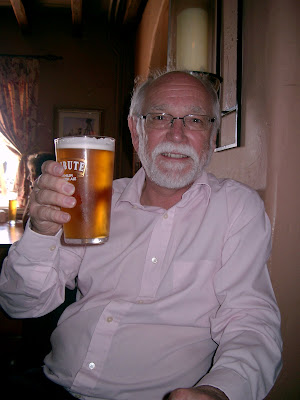