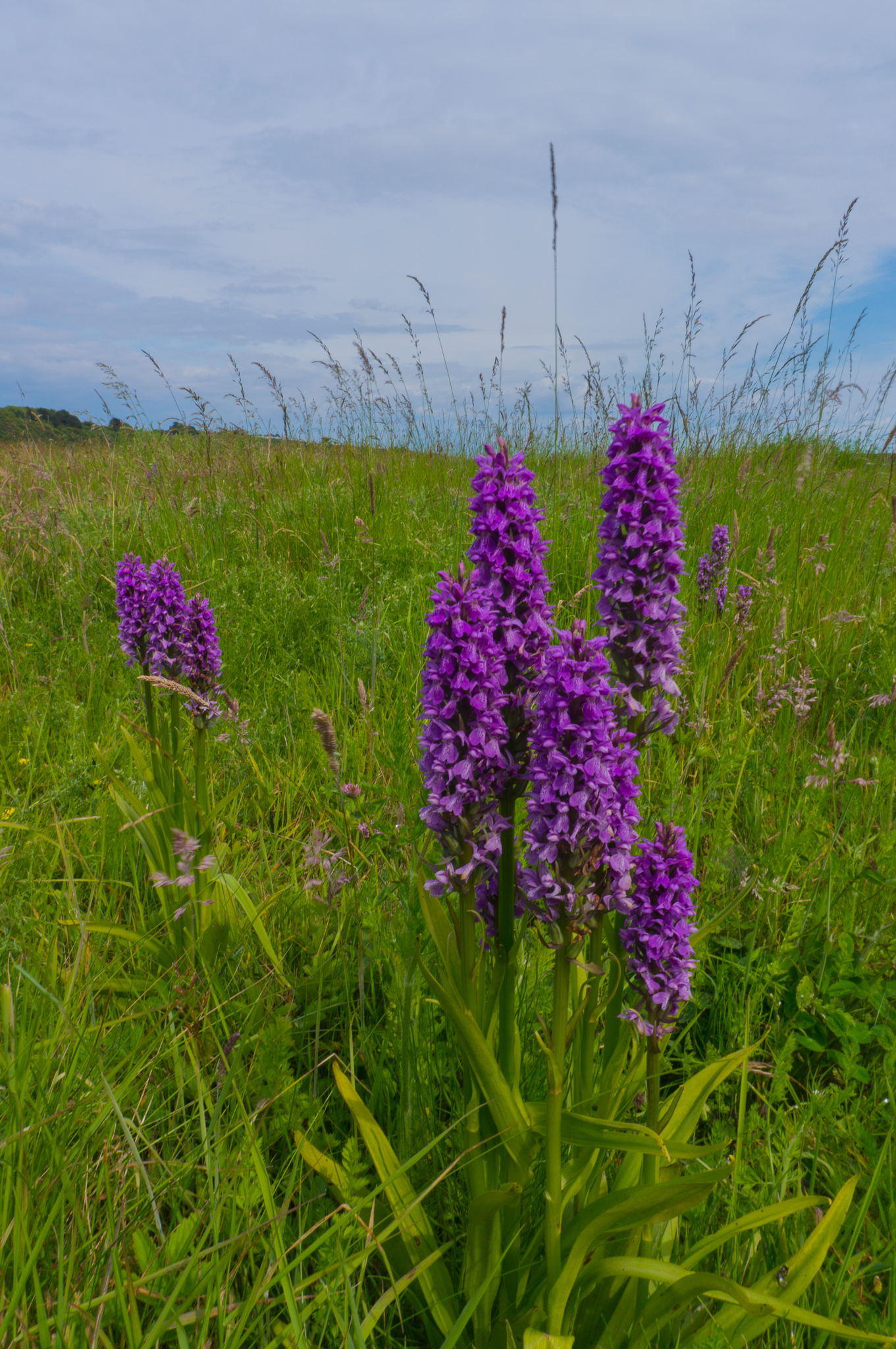 Last September I did a shorter version of this walk with @JoeNicholls ending at the Blue Anchor in East Aberthaw before catching a bus back to Barry. We had a lovely day – I had no doubts that I would enjoy a longer version with Alec as we aimed to not only repeat the Blue Anchor experience, but also take in extending the walk to the railway station in Llantwit Major – our first step (sic) in doing the Wales Coastal Path.

Along the way we saw some beautiful orchids, of which the ones below were perhaps the best example, growing besides the nature reserve (“Aberthaw Biodiversity”) near the sea wall below the powerstation. Indeed the ponds there are worth a visit to observe the birds. Of course the element that dominates the landscape is the power station itself. The last bit of the walk was the worst – about two miles of road to Llantwit Major Railway Station. The map was created by uploading the .gpx trail from the Garmin into GPS Visualizer and then transcoding it to a .kml file. It was then uploaded to the Google Maps Engine which enabled it to be embedded on this site. [I intend to write a post about the GPS Track to Google Map workflow, and the use of the OS OpenSpace plugin in due course.]

Finally here’s a panoramic view of the coastline looking down to Aberthaw – Alec’s boots are evident :-).

[Note: This post marks my first use of OS OpenSpace and the Google Maps Engine, created using tools from GPS Visualizer – a utility I’ve used for a long time. I’m afraid I haven’t the confidence in Everytrail to have a long term future, and so an alternative method had to be found. A shame, Everytrail was really good.]

Here’s the OS map of our walk, which was about 17 miles, using the OS OpenSpace WordPress Plugin. You can zoom in and out using the slider, which presents the map at different scales and detail, and pan left and right – using the controls in the top-left of the map.

The Google Map is also shown below for comparison …