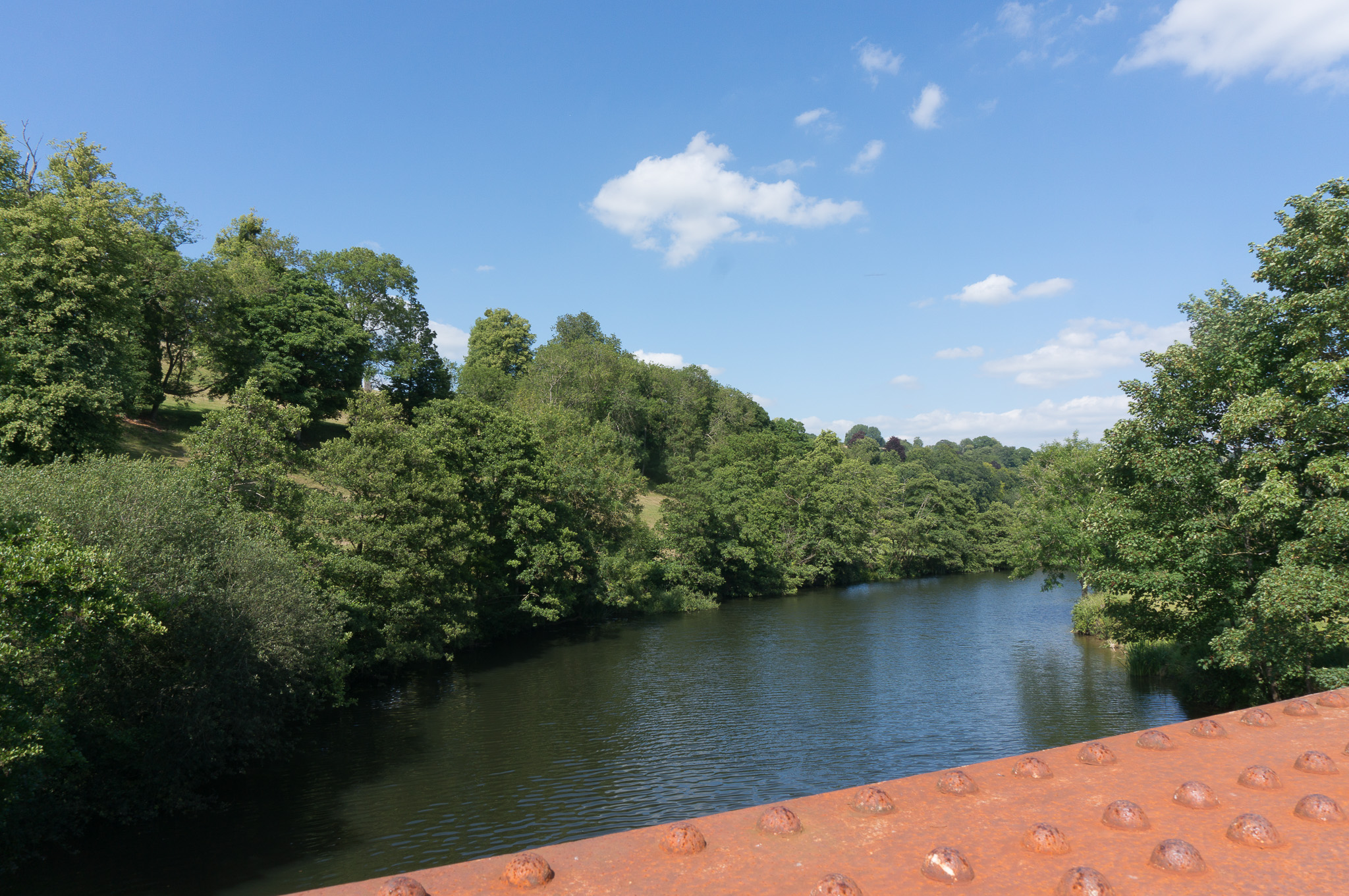 A change from walking – a bike ride, a little training for our ride next week (hopefully) along the north Gower coast on the Wales Coast Path.

The Google Photos album of the day can be viewed here.

The ride along the Bristol and Bath Rail Path and then the Two Tunnels Greenway as we did it, starting from Fishponds, was 37.5 miles long, it took us 4hrs 23mins of cycling with 3 hrs of stopped time (mainly having morning coffee, lunch and afternoon tea – but more about that later). That gave us an average cycling speed of 8.5miles an hour (when moving). We climbed (in total) 821ft, so the route is pretty level!

After an early adventure getting to Alec’s house, which resulted in me having to buy a nearside mirror for #duettovan the following morning, we set off from Cardiff at about 9:30. We’d decided we were going to start in Fishponds and we found a suitable place to park the van and get the bikes off in New Station Way, just off the A432. Leaving there at about 10:30 we followed the route of the old Somerset and Dorset Railway (a former Midland Region line) across the north east of Bristol and alongside (in places) the ring-road until we got to Bitton Railway Station which is the home of the Avon Valley Railway. At about 6miles into our ride and being nearly 11:30, it was obviously the right time to have morning coffee.

That gave us the opportunity to look around the station a bit. 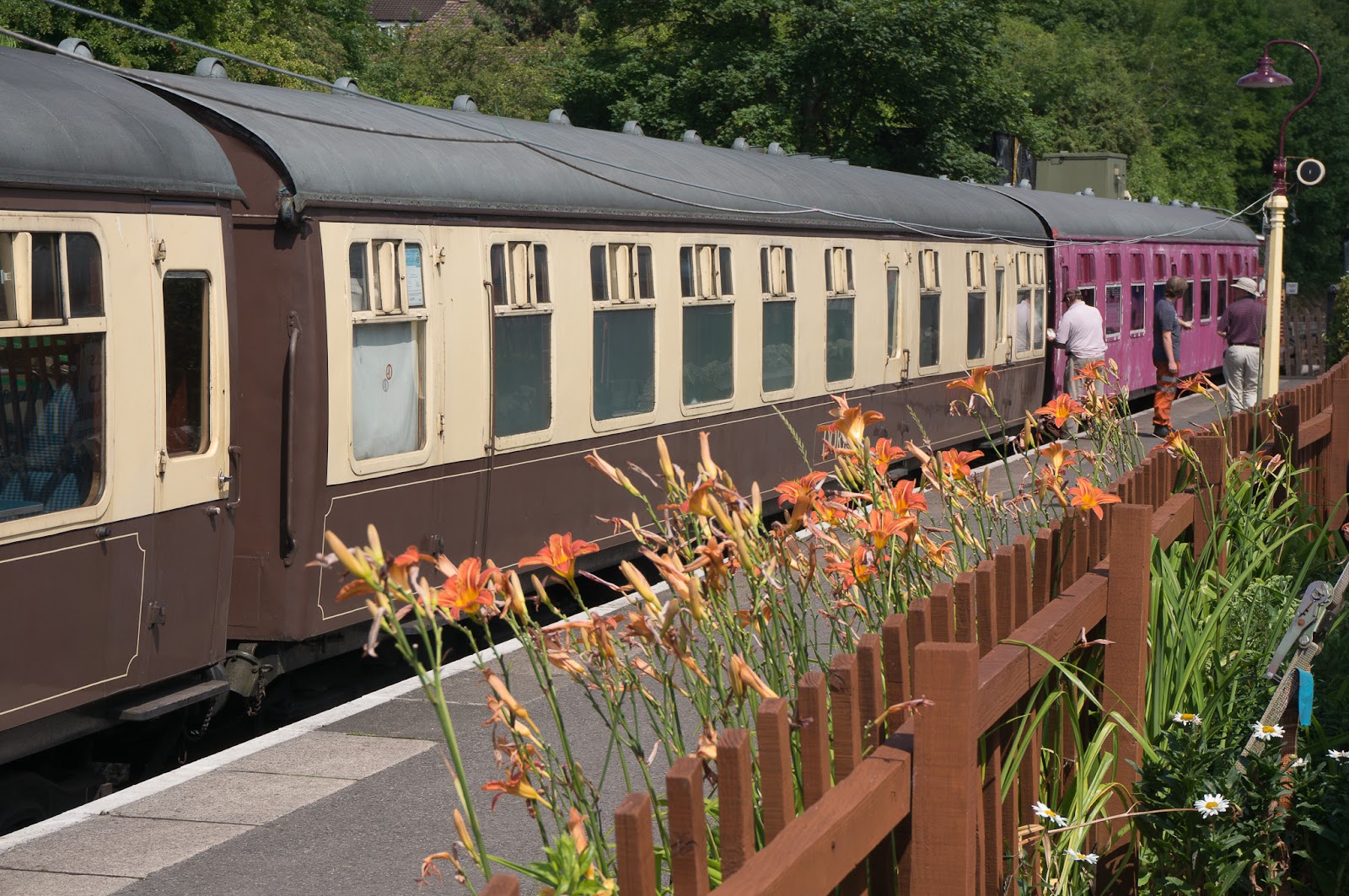 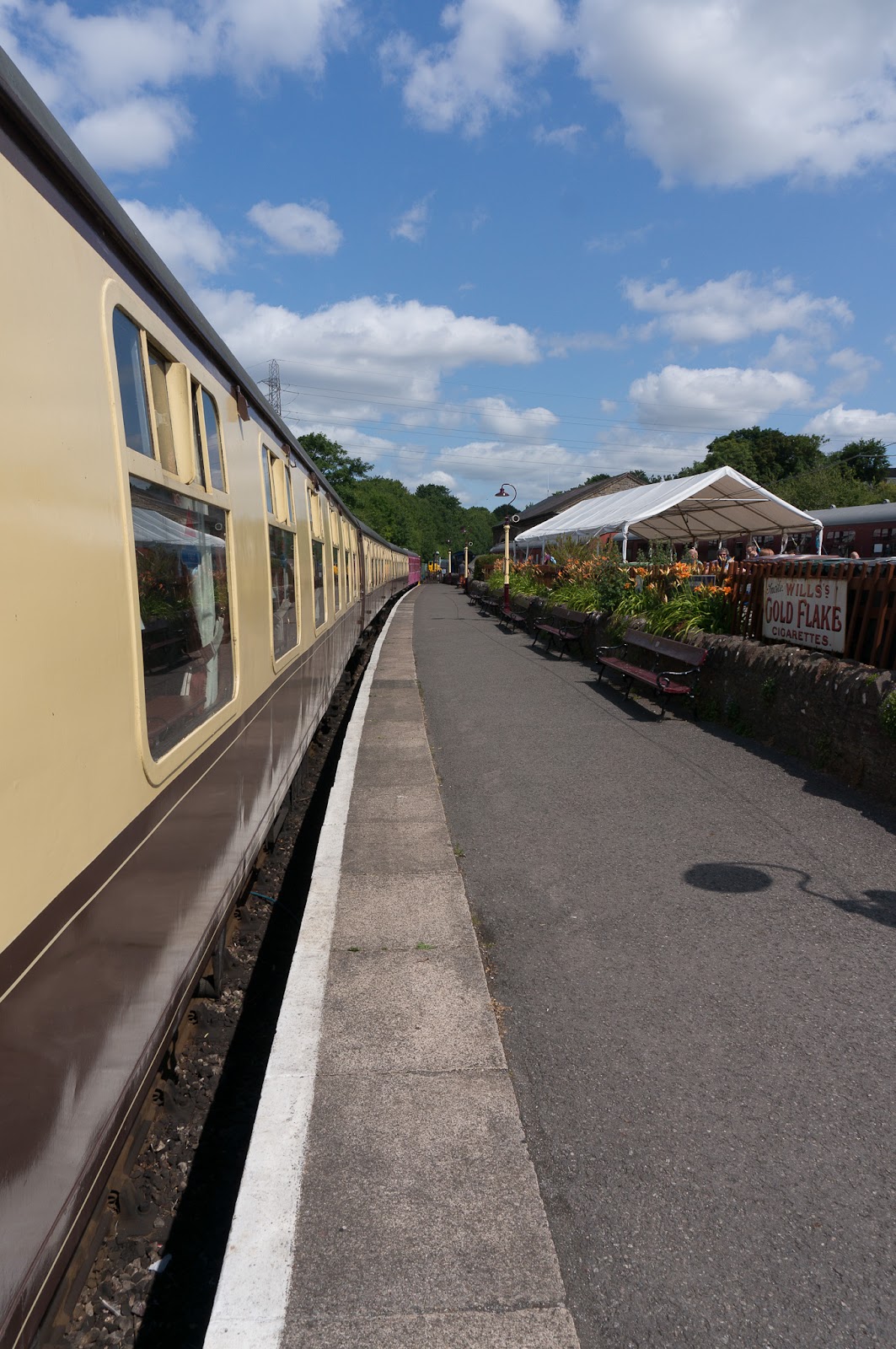 They’d been running trains the day before, so that is something we’ll have to factor into our planning – should we come this way again!

The railway continues south to the banks of the River Avon where there are wharfs near to a station enabling combined boat and rail excursions out from Bristol and Bath. 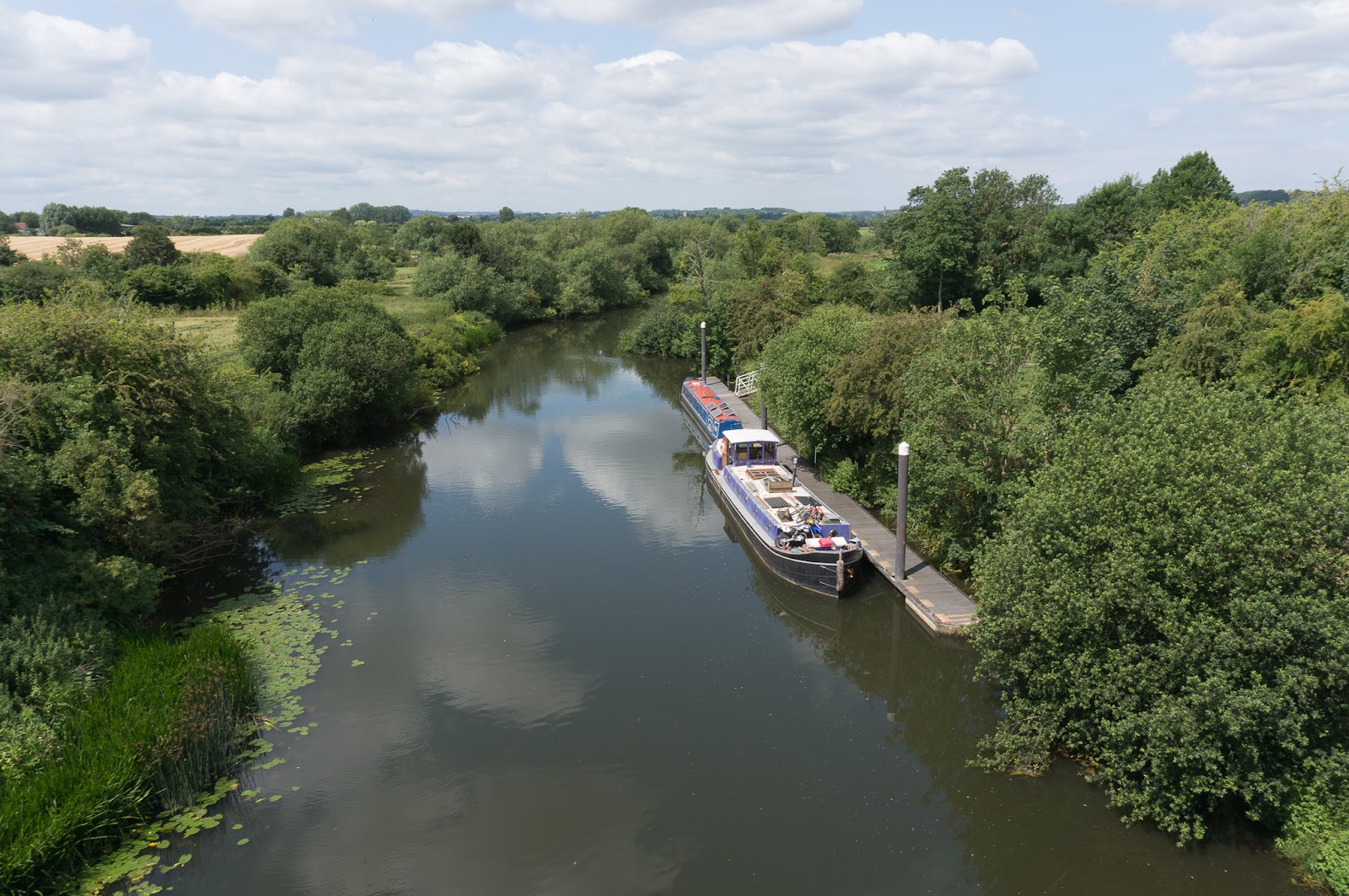 Shortly after crossing this bridge, Alec spotted (but was unable to identify) a butterfly, or moth – it certainly wasn’t on the descriptive boards that we found alongside the path. That is what is being referred to in this clip …

[I’m not going to say anything about Alec’s cycle helmet.]

Here’s another view of the Avon floodplain as we crossed a bridge. 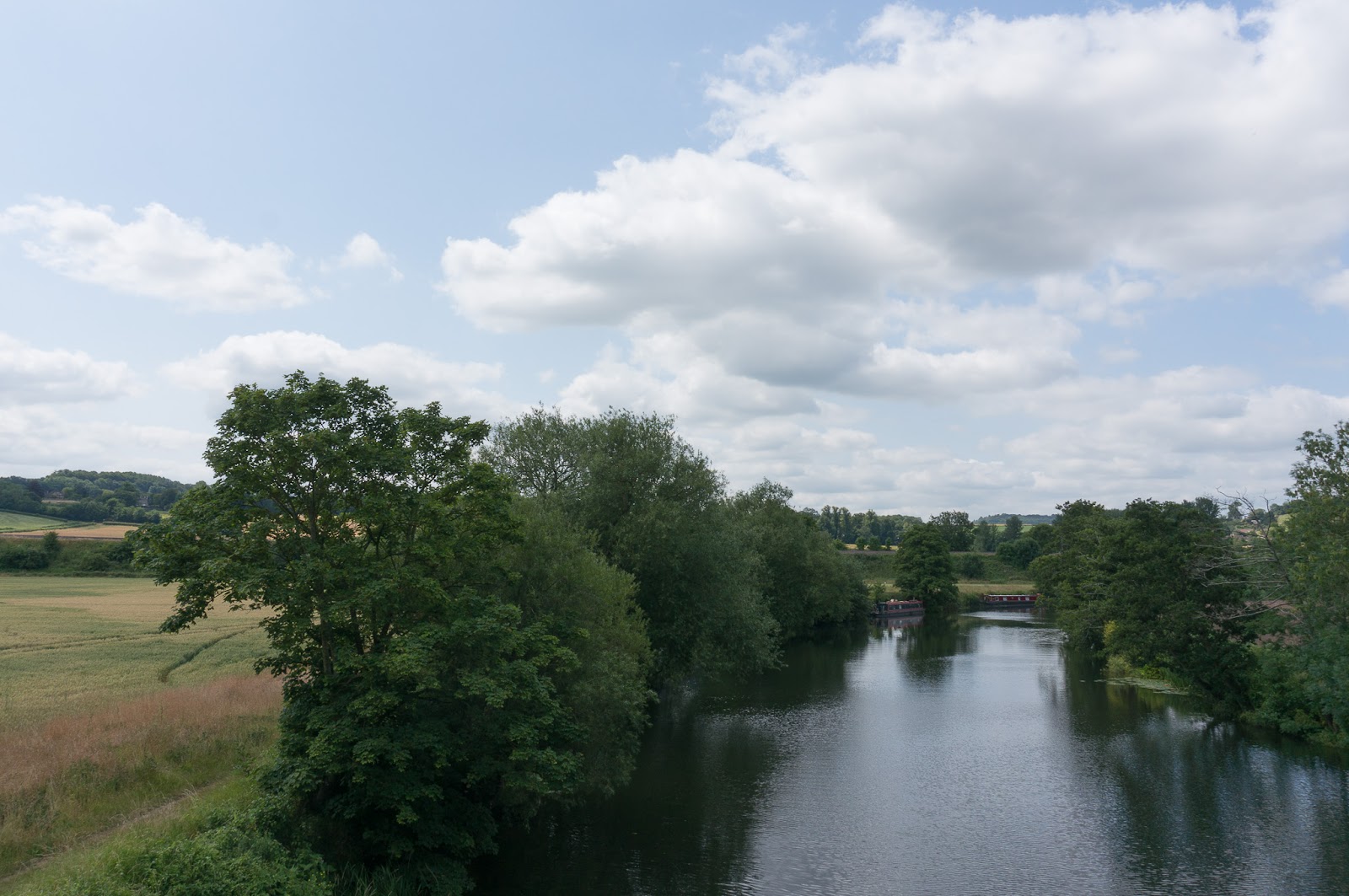 Soon after this we were hitting the outskirts of Bath and looking for the turning (and bridge) that would take us across the Avon and up onto the Two Tunnels Path. I somehow managed to go one way, whilst Alec took the right direction, hence you’ll see from the map a strange spur as we started the Path – that was my “diversion”.

The main feature of this path apart from the views east across Bath through clearings and as you crossed bridges, was to cycle through first the Devonshire Tunnel and then the Coombe Down Tunnel which is the longest walking and cycling tunnel in Britain. Here’s Alec entering the latter …

For me, who in an earlier life had studied Geology, it was particularly exciting to visit the point where William Smith – the father of British Geology – had started his recording and naming of rock strata, and to then (after leaving the railway path and heading down towards Monkton Combe go past his house where the BGS has erected a memorial. 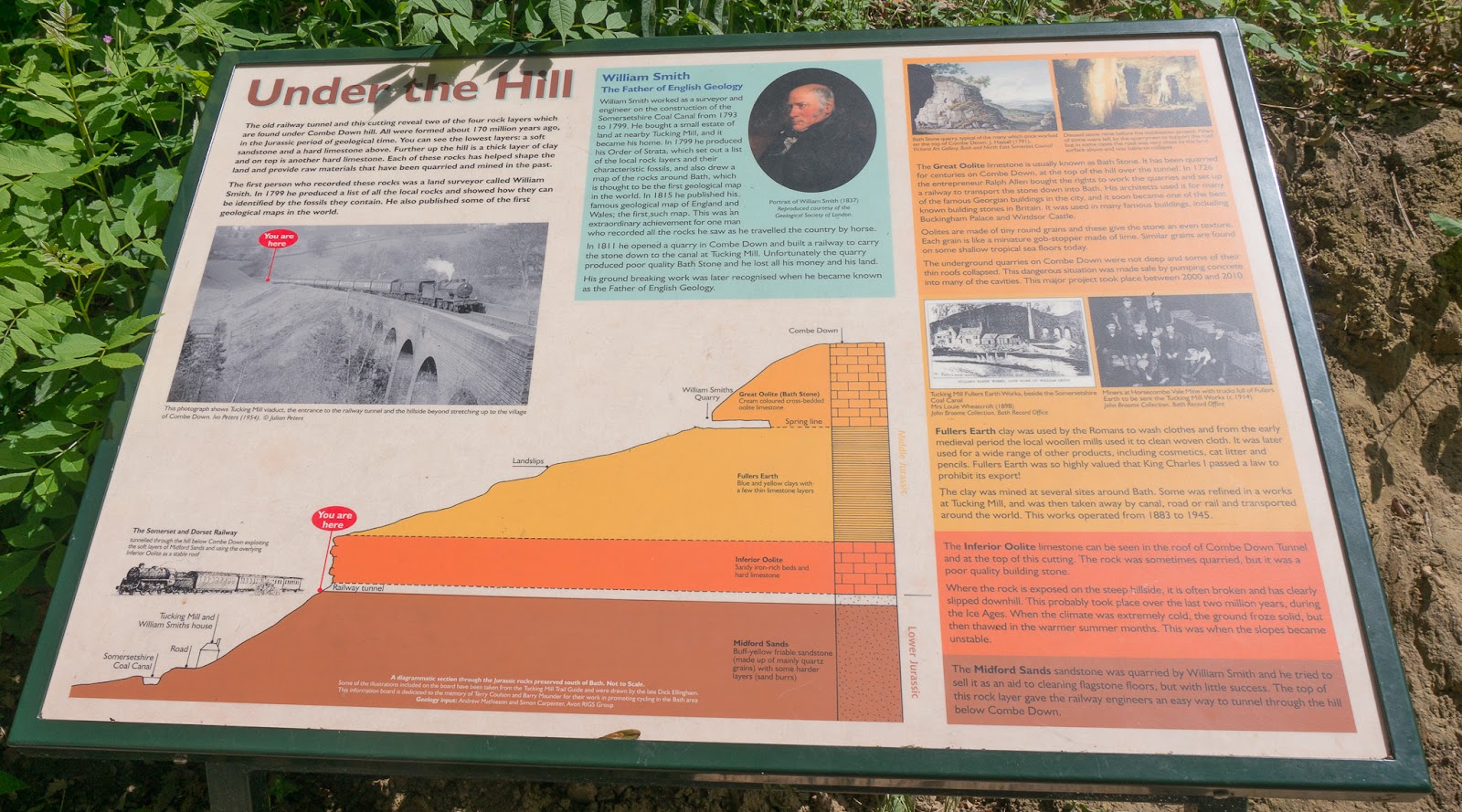 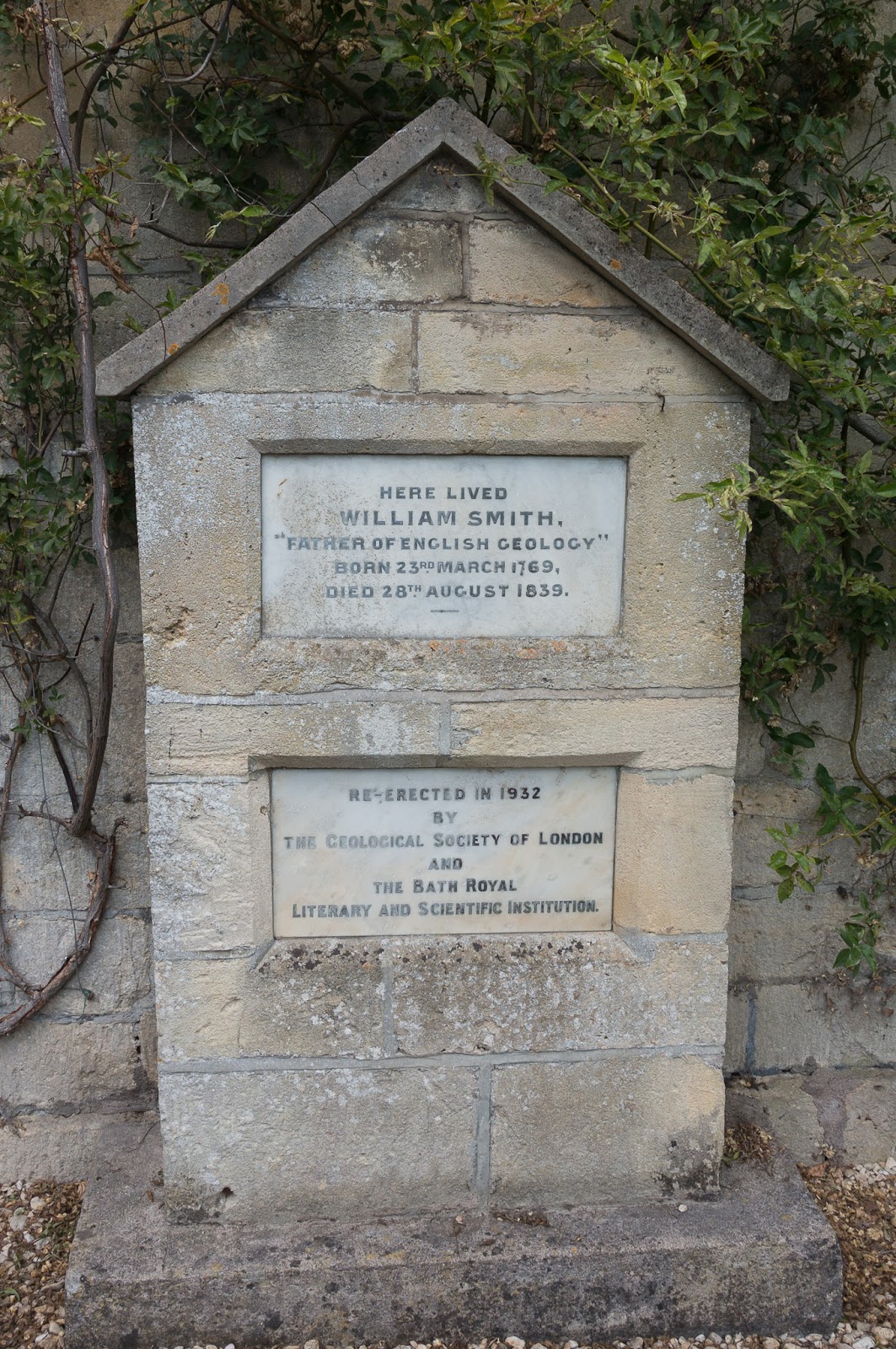 Through the village of Monkton Combe – dominated by Monkton School, and then on to the Kennet and Avon Canal at Dundas Viaduct where the canal crosses the Avon and the railway line to Salisbury. 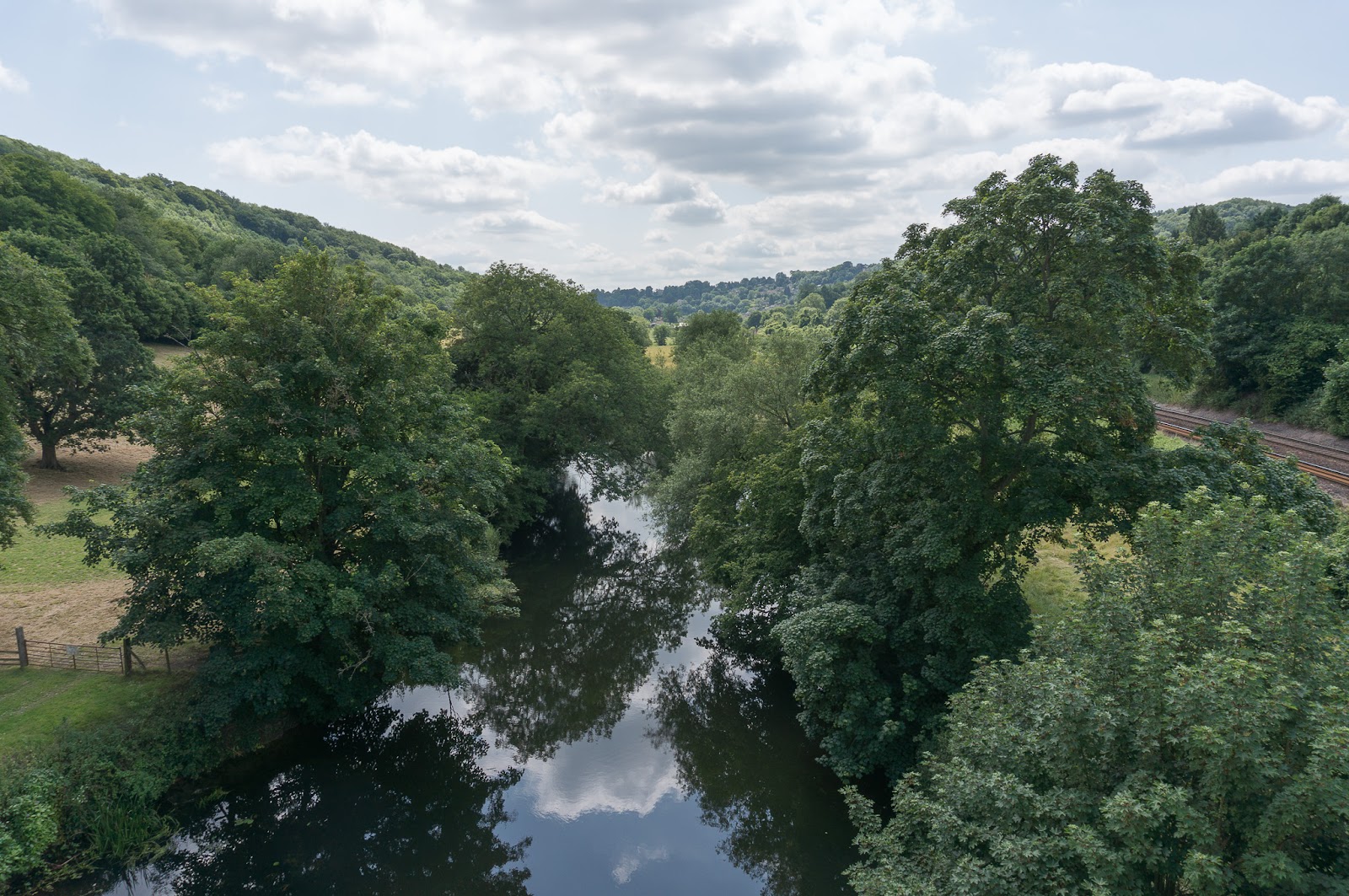 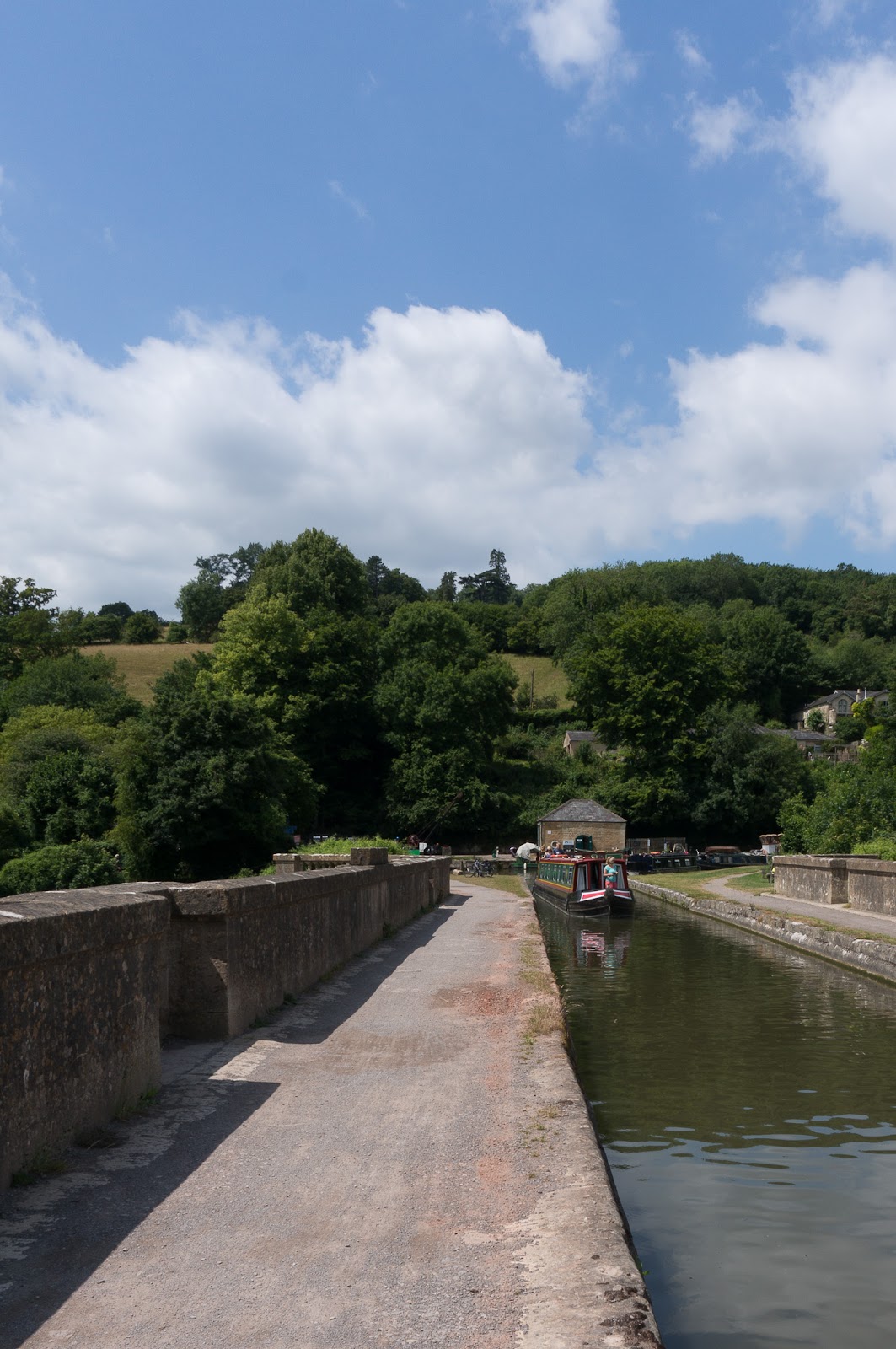 At the end of the viaduct is this small canal used for transporting coal. 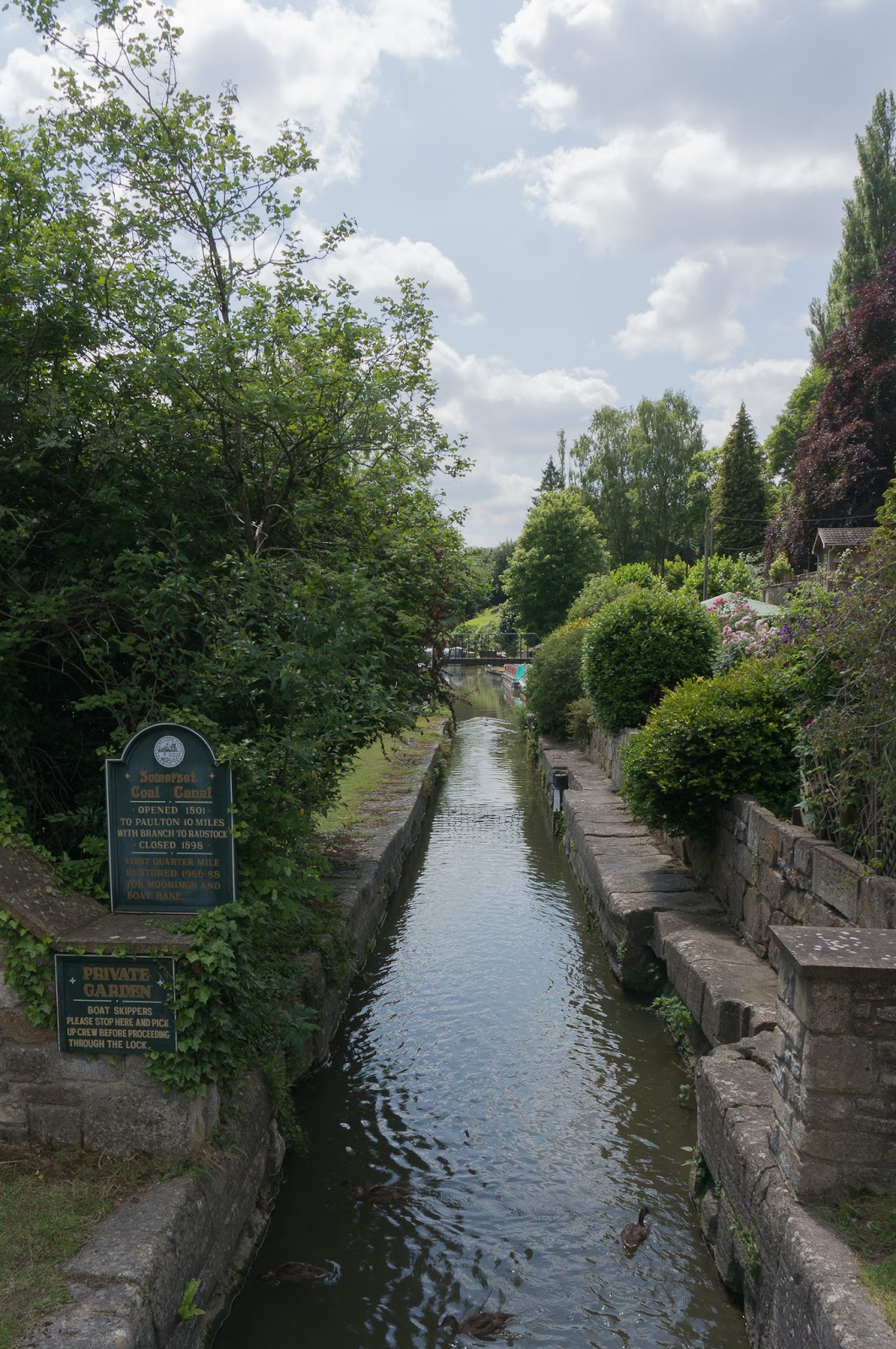 By now, Alec’s cries of “where’s the pub?” had to be answered and so of course it was The George at Bathampton where we stopped for lunch. A panorama from the towpath is shown below.

Heading now back towards Bath we enjoyed seeing perhaps the most picturesque canal view in Britain and in so doing forgot to turn right (north) through Sydney Gardens before we got into Bath proper. 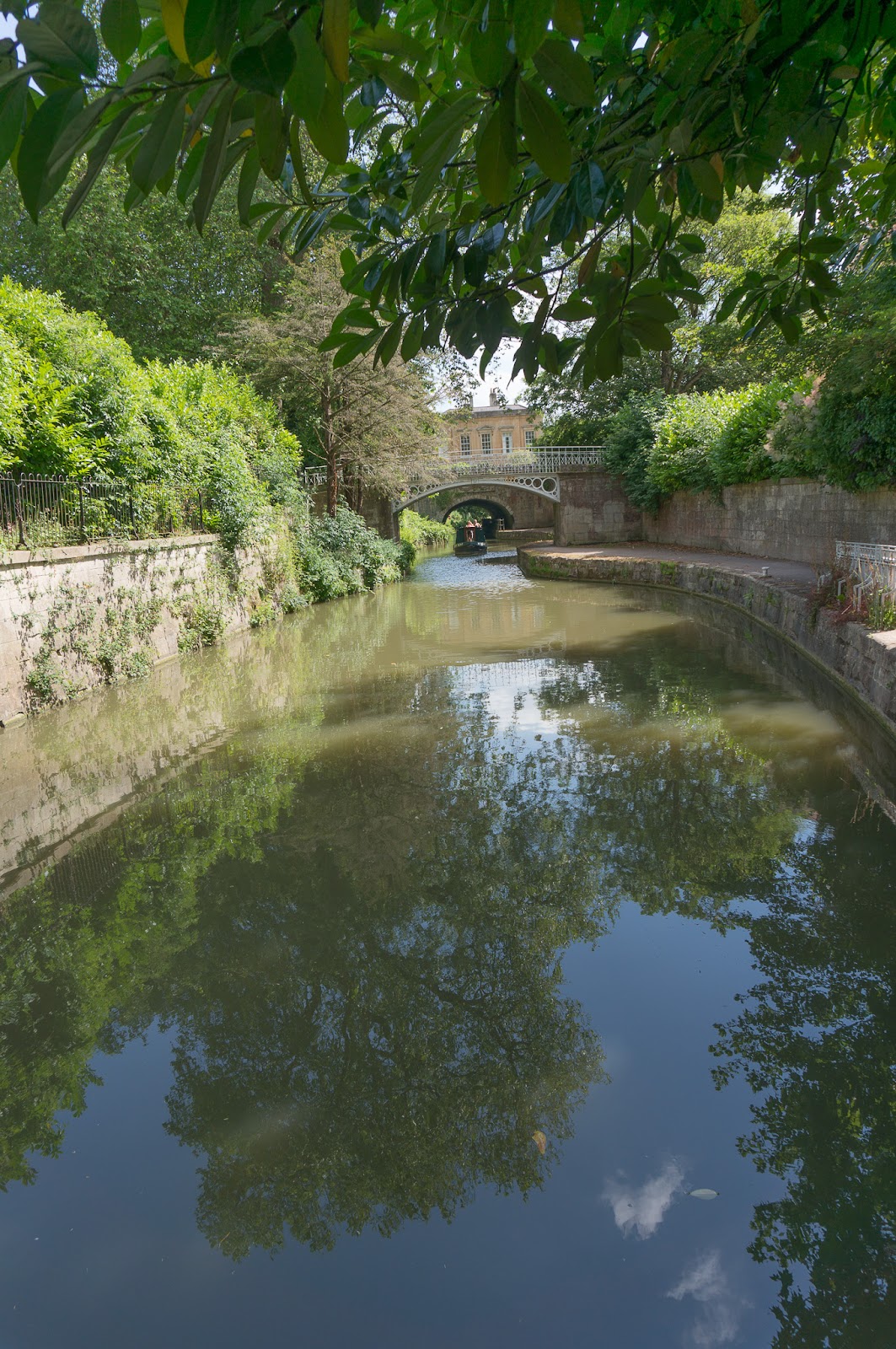 That meant cycling on the roads for about 15mins as we navigated ourselves on to the A36 and back to the point where we could rejoin the Bristol and Bath Rail Path.

Some panoramas of the Avon Valley including the amazing boomerang shaped railway track!

By this time we were begining to think about afternoon tea so what could be better than stopping at Bitton Station again. We had the biggest teacakes I’ve ever seen along with a teapot with two teabags in each.  Nice!

Another chance to mooch around the station … 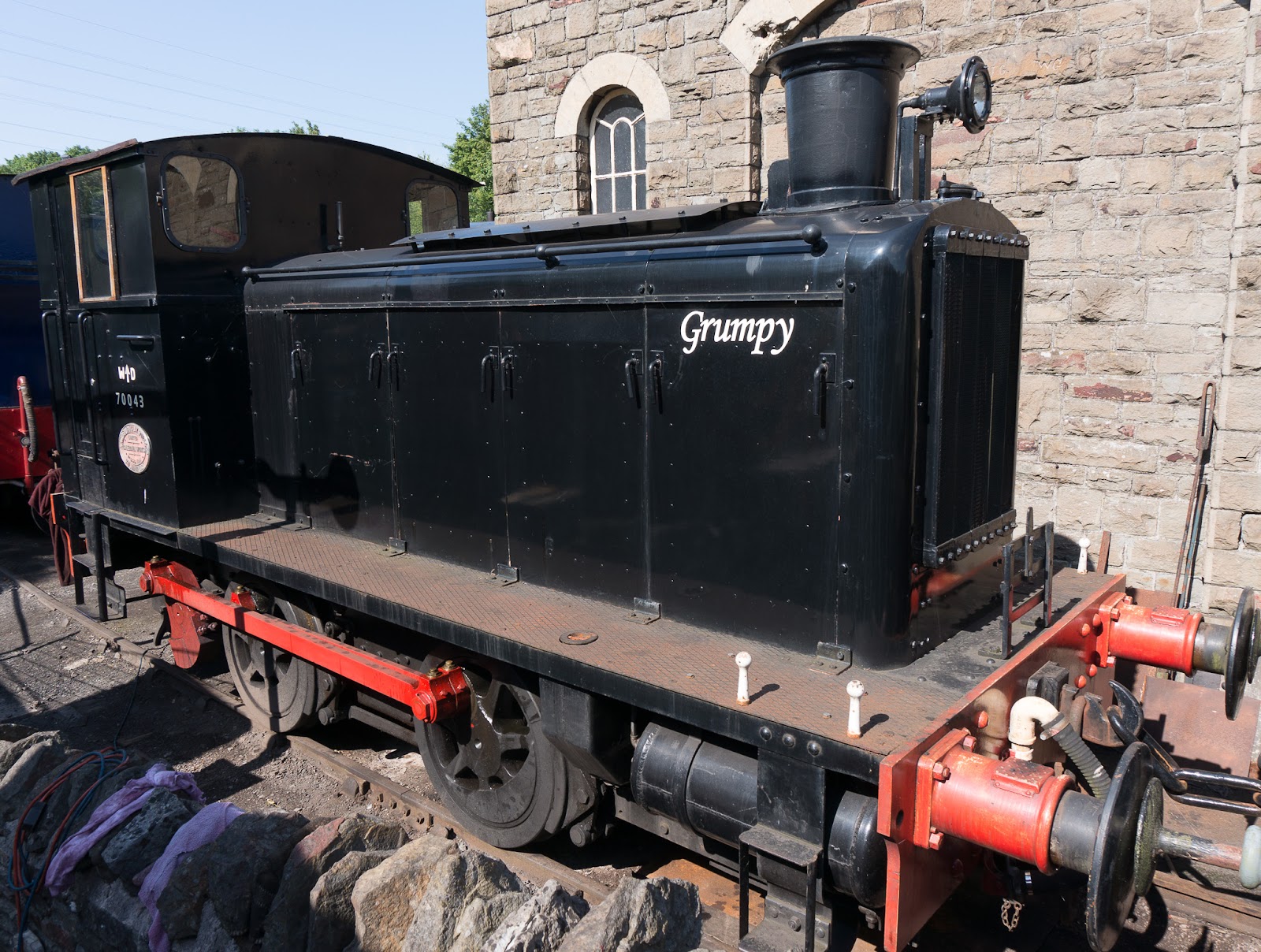 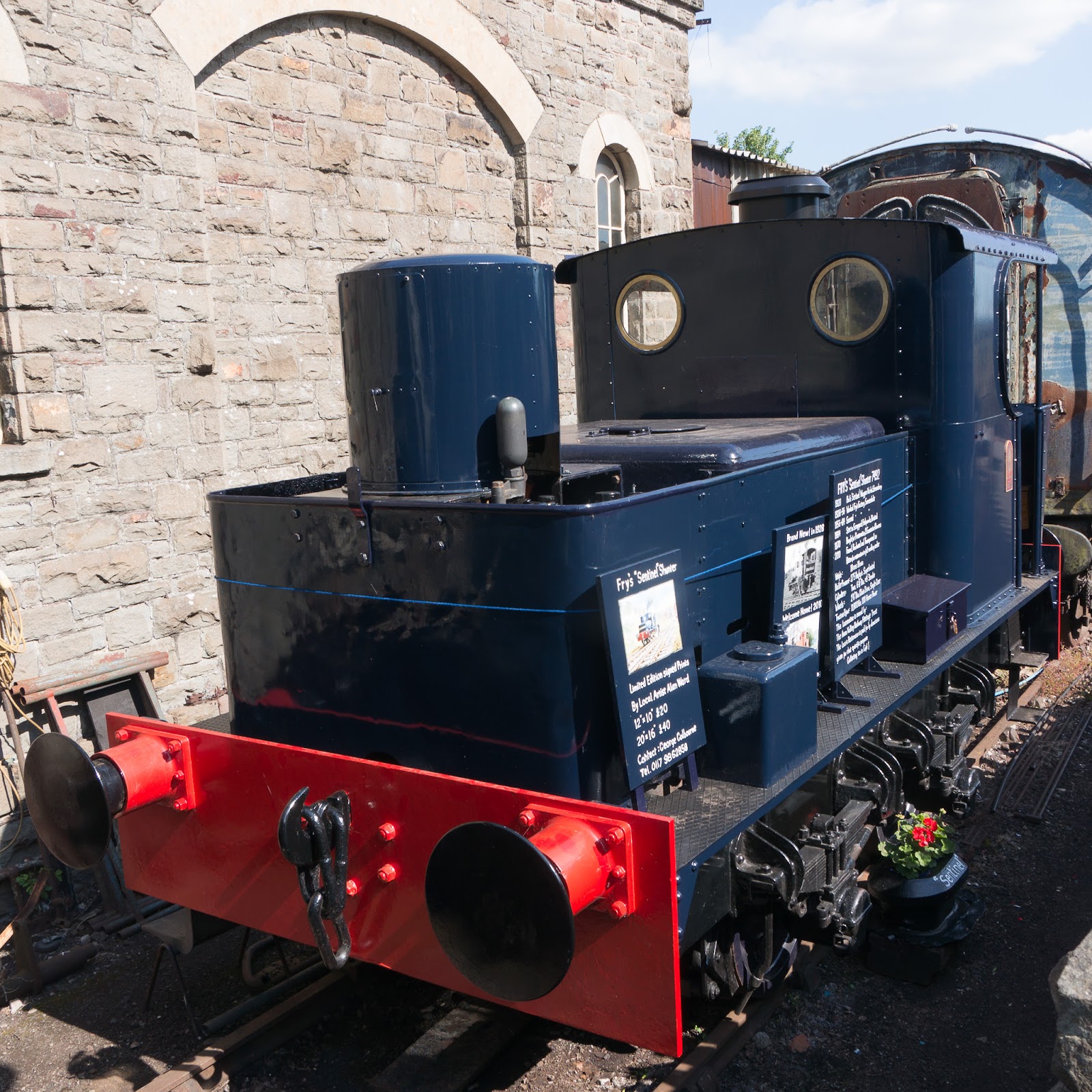 … the first one strikes a chord, doesn’t it!

All that remained to be done was to complete the last 6miles back to the van. Slightly uphill, it was bit of a drag. So much so that if we were to do the ride again we’d probably park at Bitton and shorten the ride by approximately 12 miles without losing too much.

A great day out. We were amazed by how much the route from Bristol to Bath was being used, and how fast some cyclists were travelling along it. It was also being used by a large number of walkers too. A  great resource for the two cities. The extended Two Tunnel Path, taking in the stretch of the Kennet and Avon canal to return you to Bath, was something special. A really fantastic ride/walk and one to be recommended.