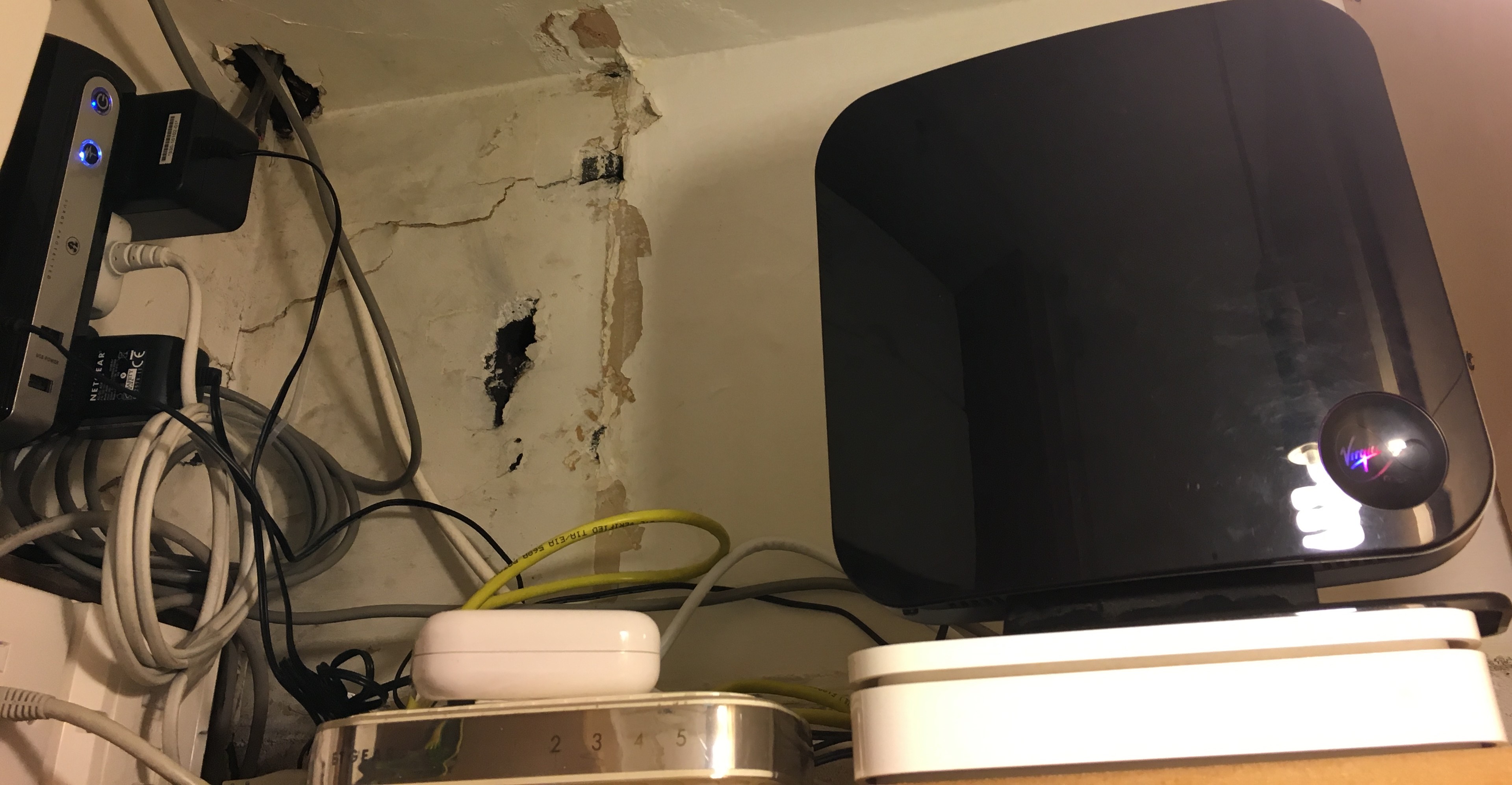 In my last post I described how I’d been able to re-use and refresh my HiFi system by moving it alongside the TV. [I forgot to mention that I replaced the Samsung Bluray player with a Sony one (BDP-S7200) – all the lip-sync problems went away with that purchase and the use of the optical connection from TV to amplifier.] I also bought a small DAC to plug into the Sonos Connect to allow me to use my wireless headphones for that late-night concert watching. I was very pleased with the setup, but something still wasn’t right … the connection to the internet.

I decided to use the building project as a reason to re-site the Virgin Media router, and one of the Apple Extreme routers in the new cupboard we’d built in the centre of the house (which now also housed our Smart Meter), and to extend the network to a new Netgear 8-port switch sitting behind the TV and other gear. This I did using shielded Cat-6 cabling which I took to three points – the lounge, the new living room and my loft office. A bit OTT maybe, but I was on a roll and I might never have the chance again to have a “comms cupboard”. It also presented me with the opportunity to learn a new skill – ethernet cable crimping! Anyway, job successfully completed after some pain with the crimping tool … but a sense of achievement! However, the job wasn’t completed. I found that the Sonos system appeared to drop out when playing, what could the problem be? After a bit of Google searching I decided to change the WiFi channel on the routers away from a setting of Automatic, and the SonosNet Channel as well (for good measure), and hey presto, all was well.

So all I need to do is enjoy it … so I did, by buying some Bluray/DVD concerts of Peter Gabriel, Coldplay and The Killers. These along with a fair bit of David Gilmour, Pink Floyd, Cream, Led Zeppelin and of course “The Boss”, means that I can escape (at least for a while) from all the other stuff that’s making my mind go round and round.