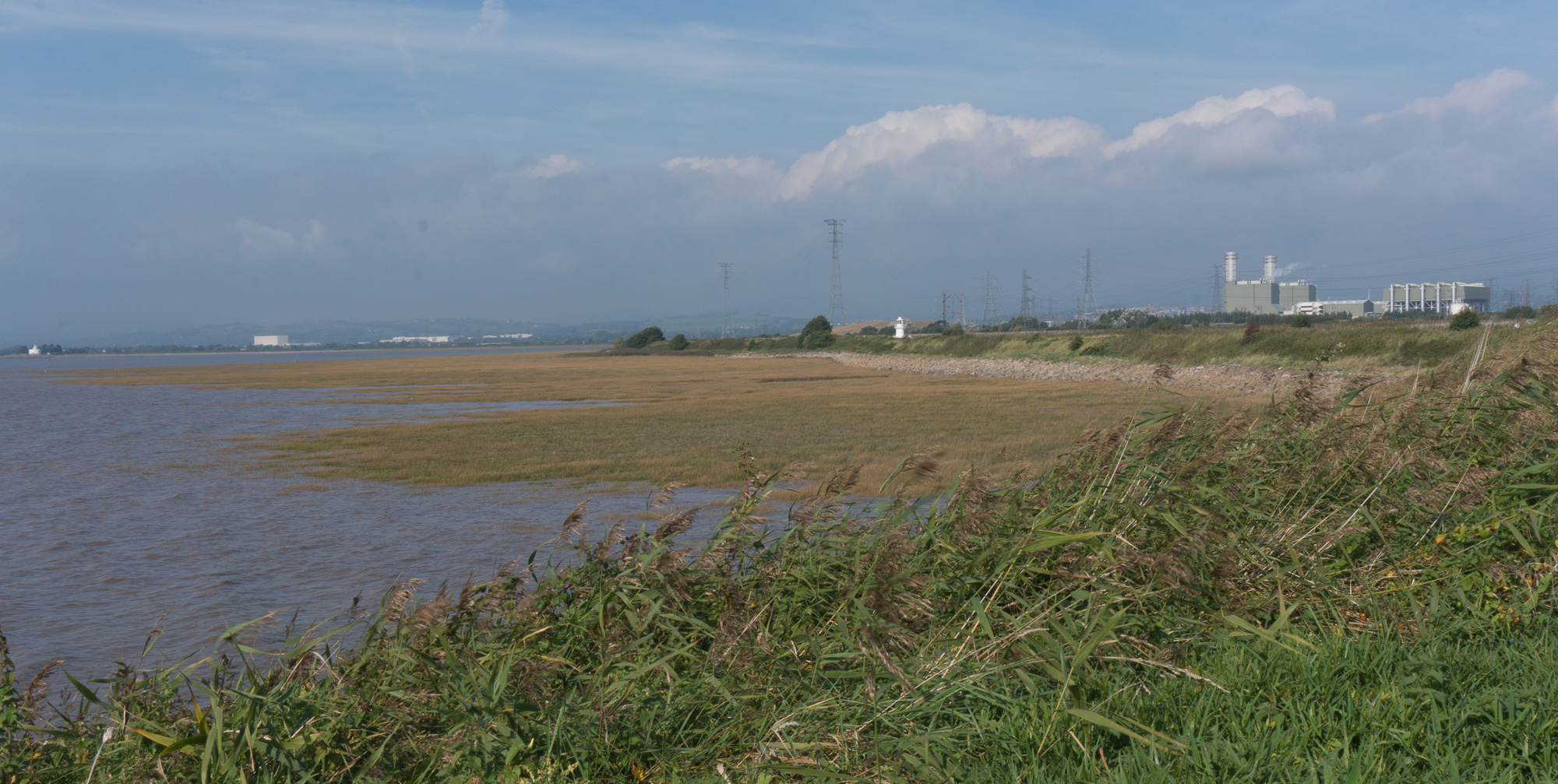 In my last Wales Coastal Path post “Nearly … but not quite” you will have read that Alec and I found ourselves at The Farmers Arms in Goldcliff, getting a bus back into Newport having not made it to our intended destination, the RSPB Wetlands Reserve. That turned out to be more unfortunate than we could have imagined as yesterday’s walk from Goldcliff to Newport turned out, at 13.2 miles, to be about 3 miles longer than we would have wished it to be.

The problem was the last three miles from the Transporter Bridge to Newport Railway Station. If only the bridge hadn’t closed two days earlier (on 28th September) it would have been so much better. Instead the long, hard, unyielding roads and pavements punished our feet, and almost destroyed our hearts. We were both very weary by the time we sat down on the platform. Still, I shouldn’t focus on the negative!!

We caught the train out of Cardiff at the unearthly hour of 8:25am in order to catch the Newport Bus Service 63 (the same service we’d used the week before) at 9:00am from Newport Bus Station [NB We know our way around Newport far better than we ever did before!]. This took us back to The Farmers Arms where we got off and started walking towards the sea wall. This short stretch of the walk yielded an unexpected surprise in the presence of a Marsh Harrier which we saw in the Wildlife Refuge that extends along the coast for a mile or so and forces the path inland. The path eventually reaches the sea wall just short of the RSPB Newport Wetlands Reserve, at which point we were able to see just how high the tide was reaching. 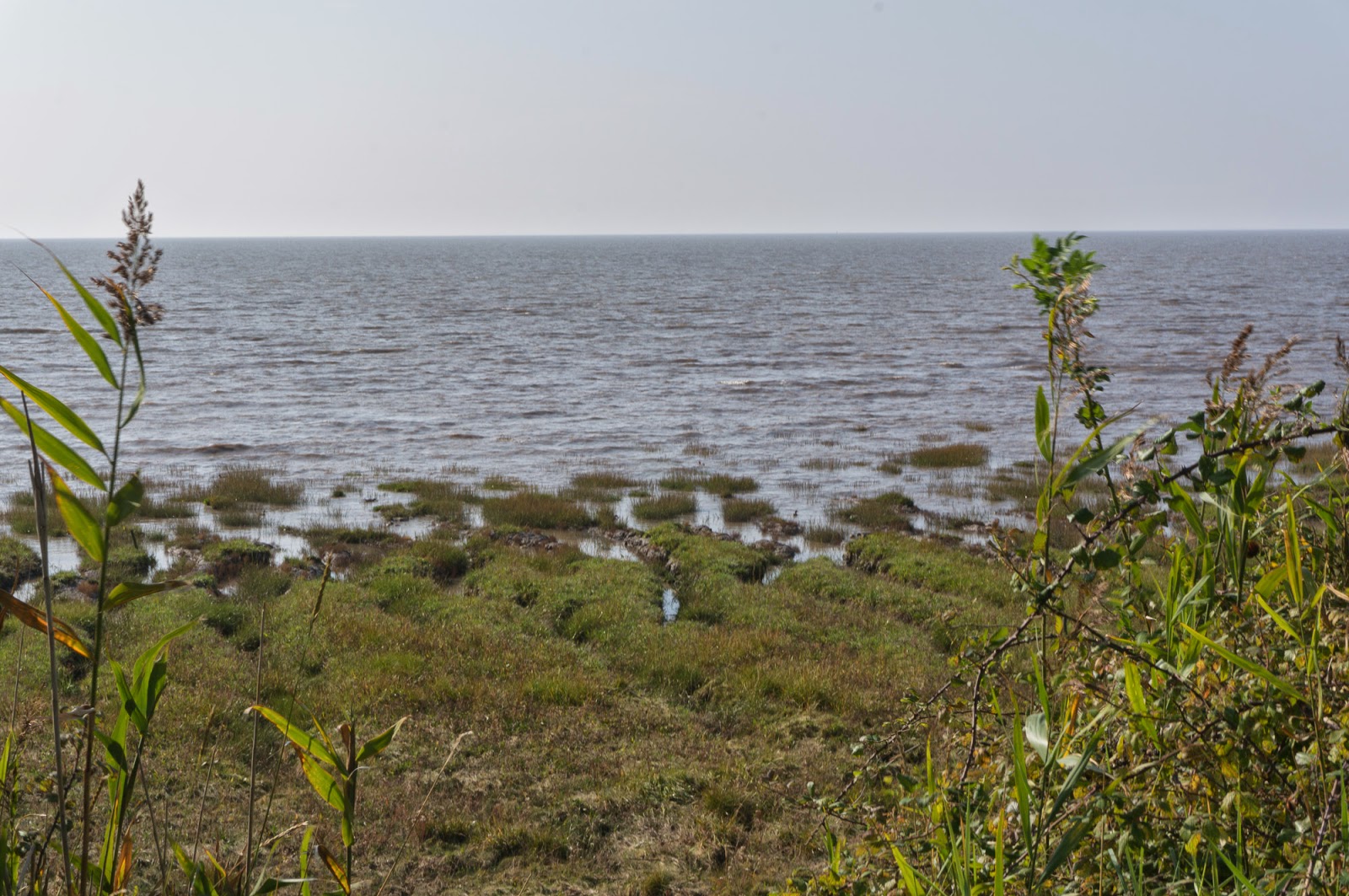 We walked on towards the East Usk Lighthouse and as we walked towards it, were surprised to hear a grasshopper sound coming from both the seaward and landward side of the path – could it have been a Grasshopper Warbler? 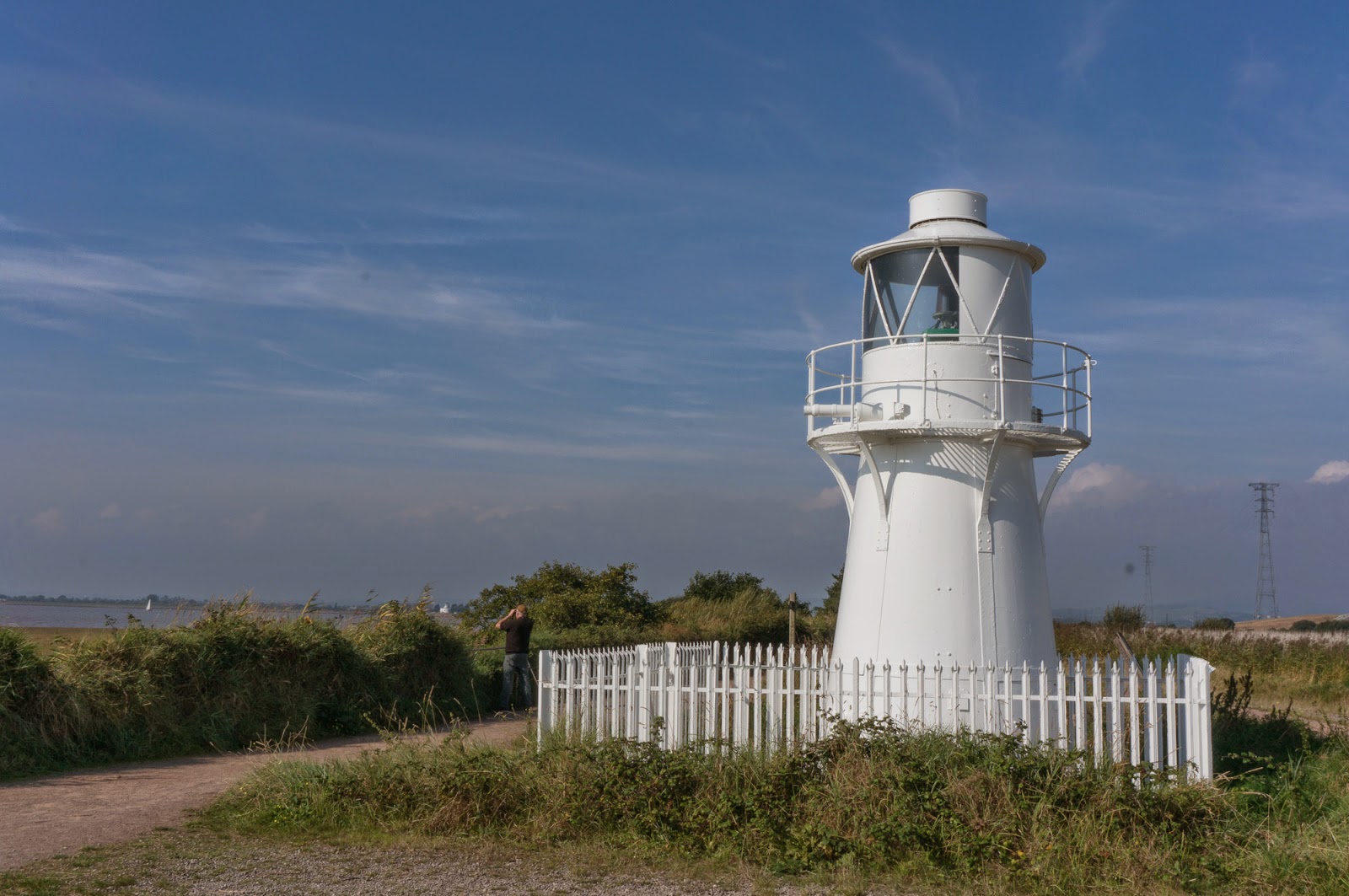 The walk then skirted the power stations at the mouth of the Usk that dominate the landscape for miles before darting back inland to the RSPB Visitor Centre and then across the fields to Nash, where we had lunch at the Wellington Inn. 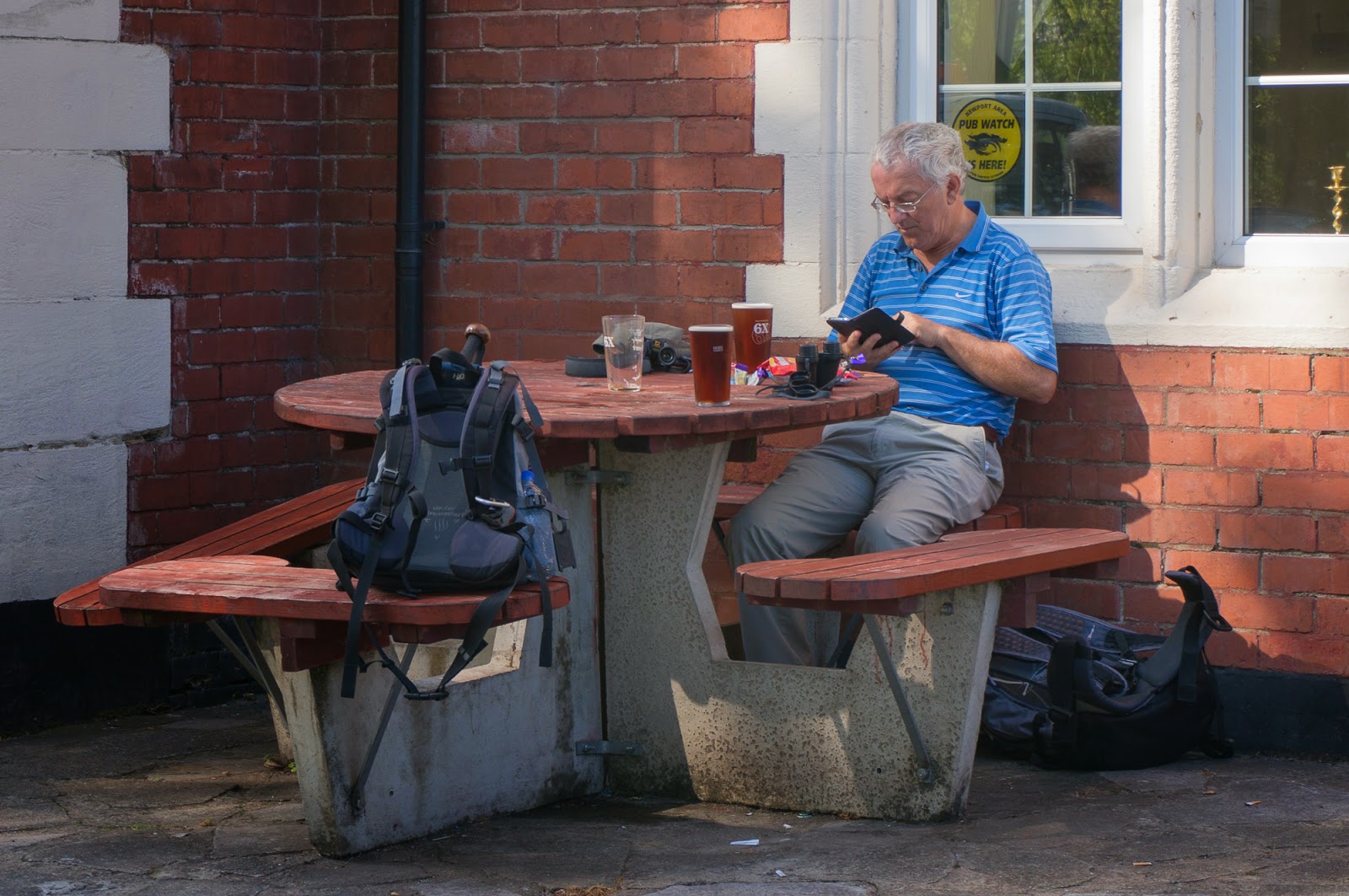 The interesting part of the walk, where we had been looking through binoculars more frequently than cameras, was coming to an end. Only the Transporter Bridge to go, and then the long slog back to Newport Railway Station. 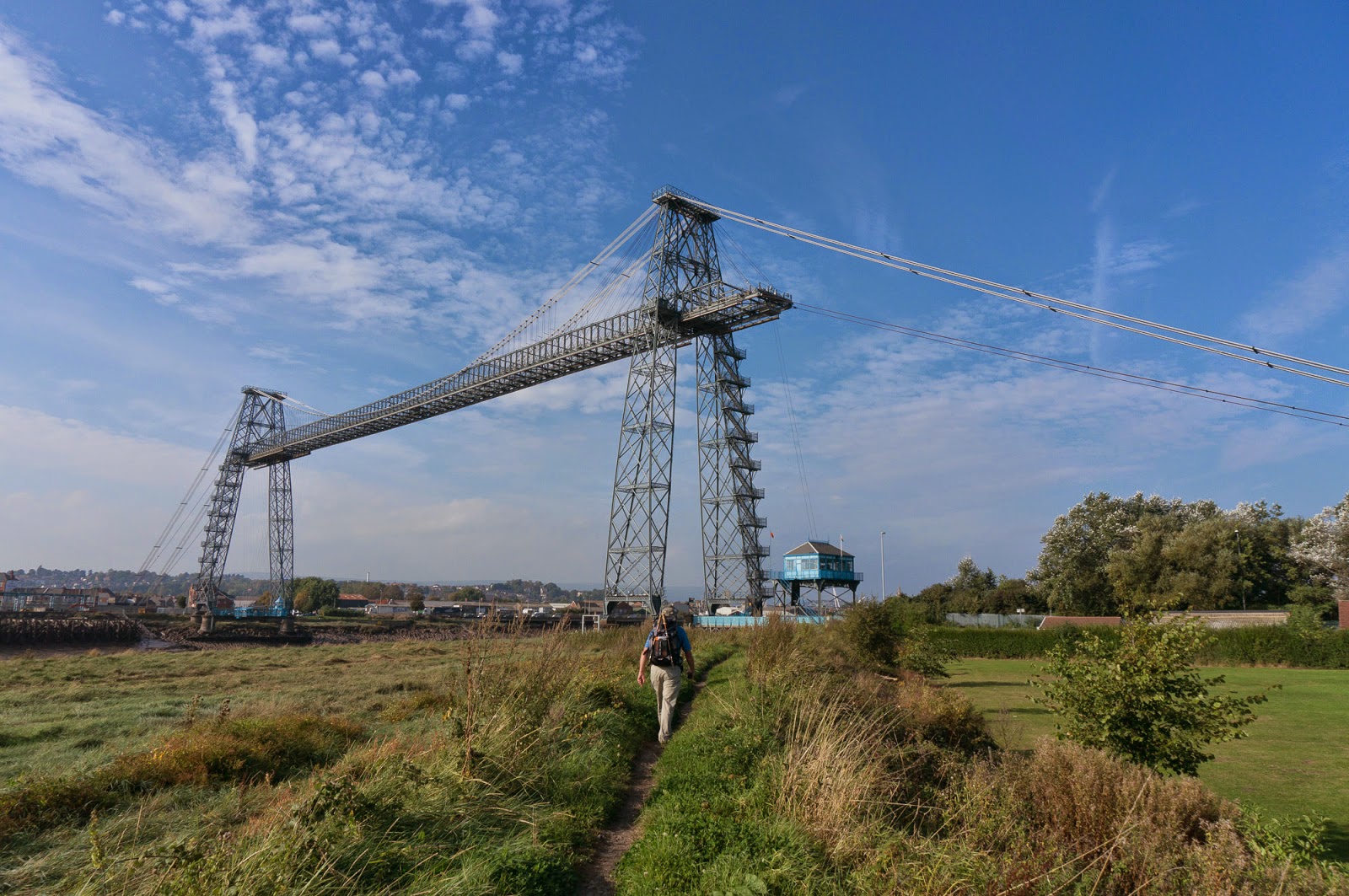 Still we did it. The gap was closed and we can both now say that we’ve walked (and cycled) from Chepstow to Mumbles. Next stop … The Gower.

A slideshow of some more images is available on Google+ Photos (Picasaweb).

You can see the GPS Track overlaid on the OS Map (you can of course use the slider to zoom into a 1:25,00 scale, and larger) here.