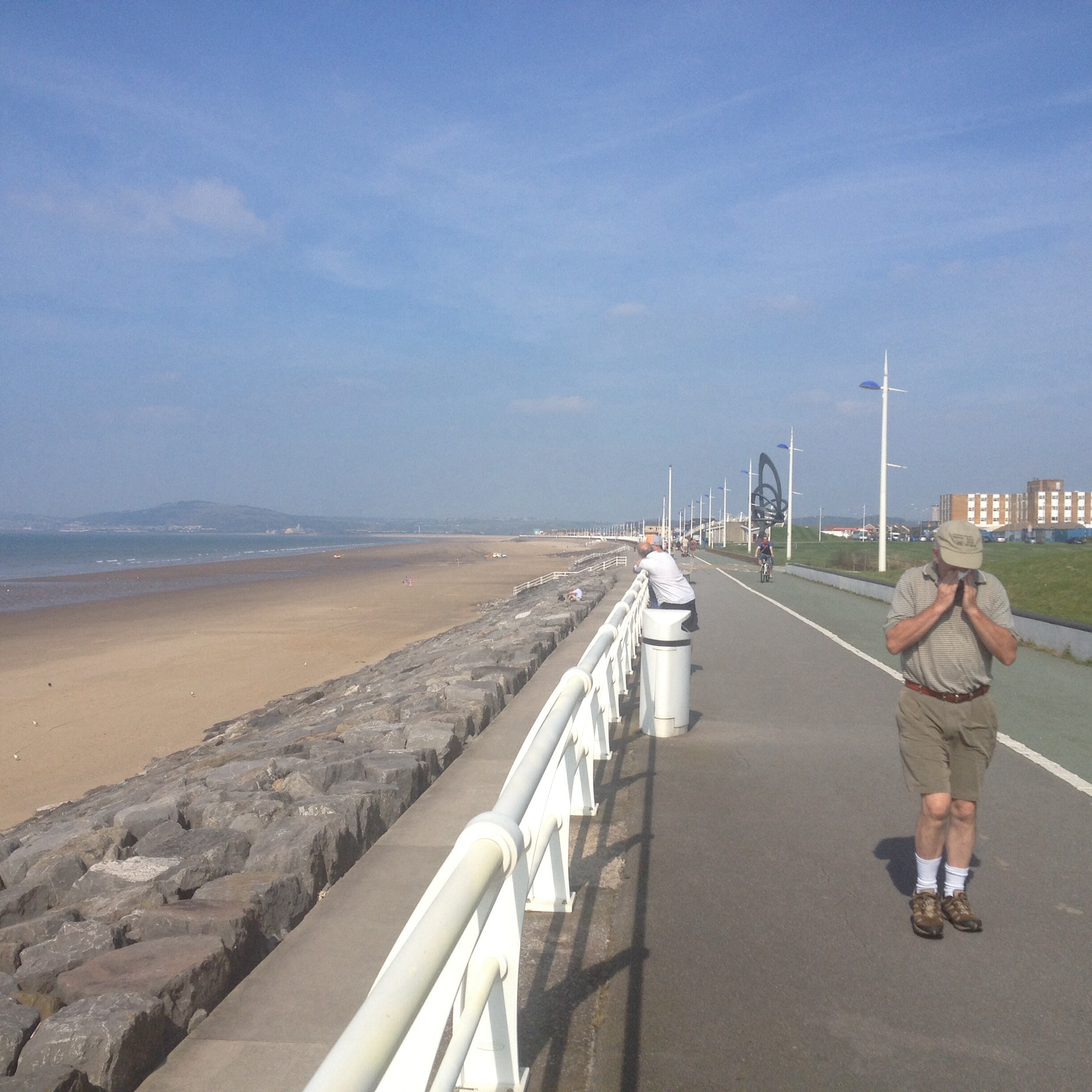 A change of strategy for this section of the Wales Coastal Path. Alec and I decided to take our bikes on the back of #duettovan to Pyle and then cycle to The Mumbles. A good decision because it enabled us to to get through the built-up areas of Port Talbot and Swansea quickly. The ride was of 31 miles which included the return back to Swansea Railway Station for the train ride back.

The highlights? The route Alec took us around the back of Margam Country Park yielded a lake where we watched a model boat club sailing their vessels. Then there was the surprise of the Aberavon promenade and seafront which neither of us had seen before. A lovely expanse of sand. The marina at Swansea, I’d never seen before either – we watched as two boats went through the lock and then we cycled along the seafront against a wind that seemed to get stronger the further we went. Eventually we got to Mumbles and found a great pub – The Pilot – which has its own micro-brewery and also serves a mean pint of Bass, a beer I hadn’t tasted for several years. Lovely.

The ride back to Swansea was much easier. The tide had gone out and with it the wind had died down. The sun had shone all day, the legs which had been tired in Mumbles recovered on the platform at Swansea as we waited for the train to take us back to Pyle.

The Google Map of the trip is shown below …