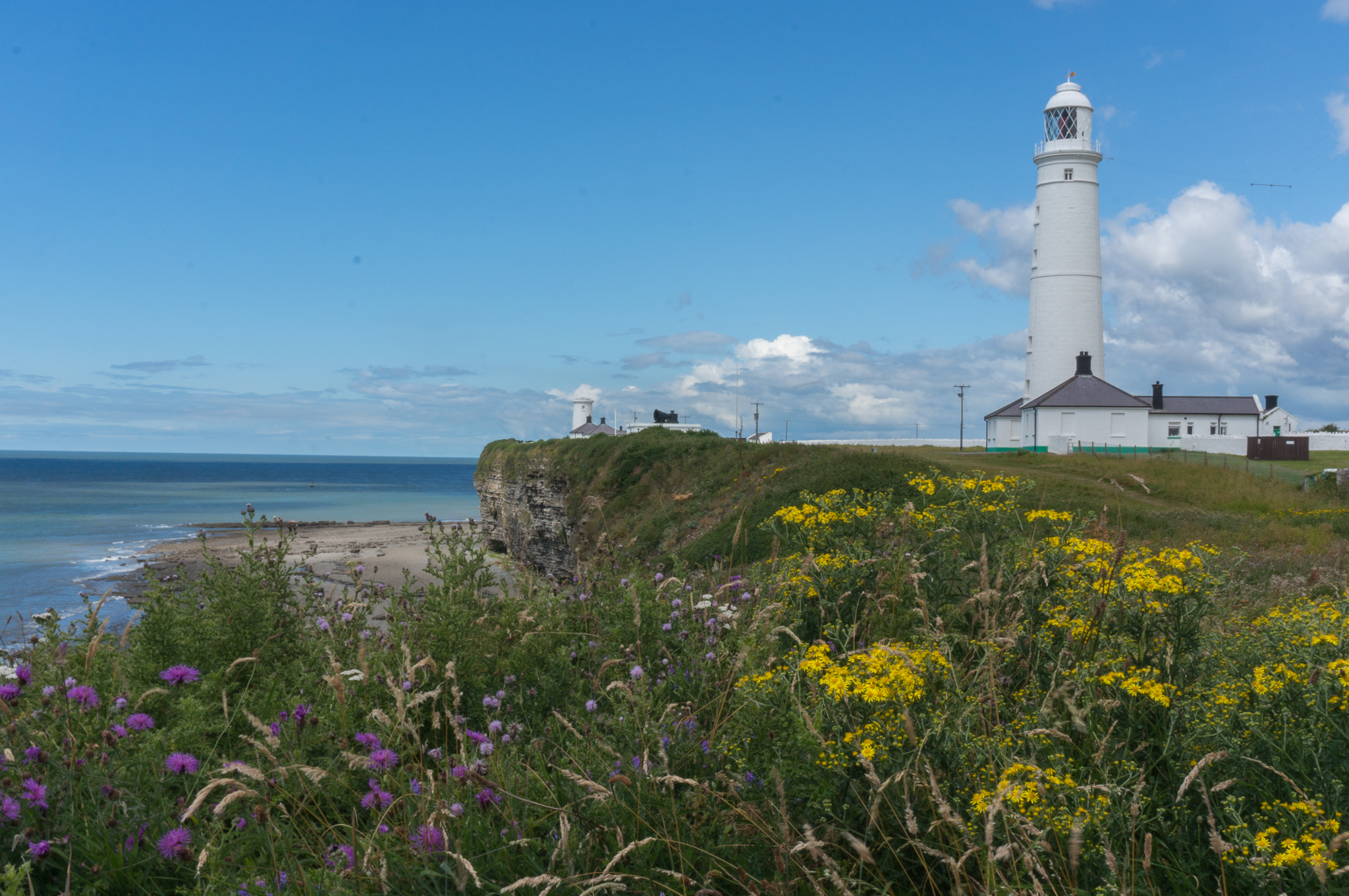 This was the stretch of the Glamorgan Coast Heritage Trail on the Wales Coastal Path that I’d been really looking forward to, but had also had some trepidation about – wondering if my ankle was going to stand-up to the gentle undulations that would be involved. Glad to say that although I started with a degree of pessimism as the ankle was sore and tender, I finished strongly (as Alec will attest to) and with only minor discomfort 🙂

The walk was 12.7miles long and for the first time really on any of our walks, involved some gentle climbs. It started with the train journey to Llantwit Major – what a fantastic re-opening of this line it is for walkers – through the town, and then down to the coast the path leads and the Beach Cafe – we didn’t pause for their famous bacon sandwich – but started the first climb on to the top of the cliffs.

The path then leads across a flat clifftop, closely hugging to the cliff edge, until you descend to Tresilian Bay that has a striking white house in it. An awkward hobble across the cobbles and then you’re back on to the top of the cliff after passing through some woodland. A descent through the woodland takes you to the next bay at St Donats – Atlantic Cottage, where we paused to have the pork pies (Tesco’s pickle variety) that have become a feature of our walks. Our next target was Nash Point, and the lighthouse. Marvelling, but not pausing at the sight of the amazing warning siren (that I believe is demonstrated twice a month), we scrambled down into the valley and up the other side of the Marcross Brook. The next stretch of coast is all wild flowers, butterflies and geology, with wonderful views like the one below. You also reach the highest point on the walk and the cliffs as you look down on the stunning beach below. Highest point on the walk – just after Nash Brook. Then the walk takes you towards Dunraven Head (as seen below) and Dunraven Castle. The walk through the gardens is a bit depressing as they are rather overgrown and in need of a lot of TLC. Now in the control of the Vale of Glamorgan Council, I can see the case for handing it over to the National Trust, like the same council did with Dyffryn Gardens. Now down in Dunraven Bay (or Southerndown Beach as it’s often referred to) we just had to have an ice cream before starting the last ascent up onto the cliffs and the walk to Ogmore-by-the-Sea. This stretch of the walk is a geologists delight as you approach the car park and the smooth steeply sloping cliffs give way to rocky forelands.

Not pausing for a rest, and with our destination almost within sight, we separated for the final stretch up the River Ogmore to The Pelican her Piety where we were going to have supper with Jenny and Angie. Alec took the “close to the river” approach; I took the line of least resistance, ie the most direct route! This led me to have quite a lead when I arrived at the pub, which meant I had to get the beers in whilst I waited. I then heard about the dangers of walking the road as motorists had twice nearly hit Alec as he walked the last quarter-of-a-mile.

For a full set of images … view them on Google+ Photos (Picasaweb).