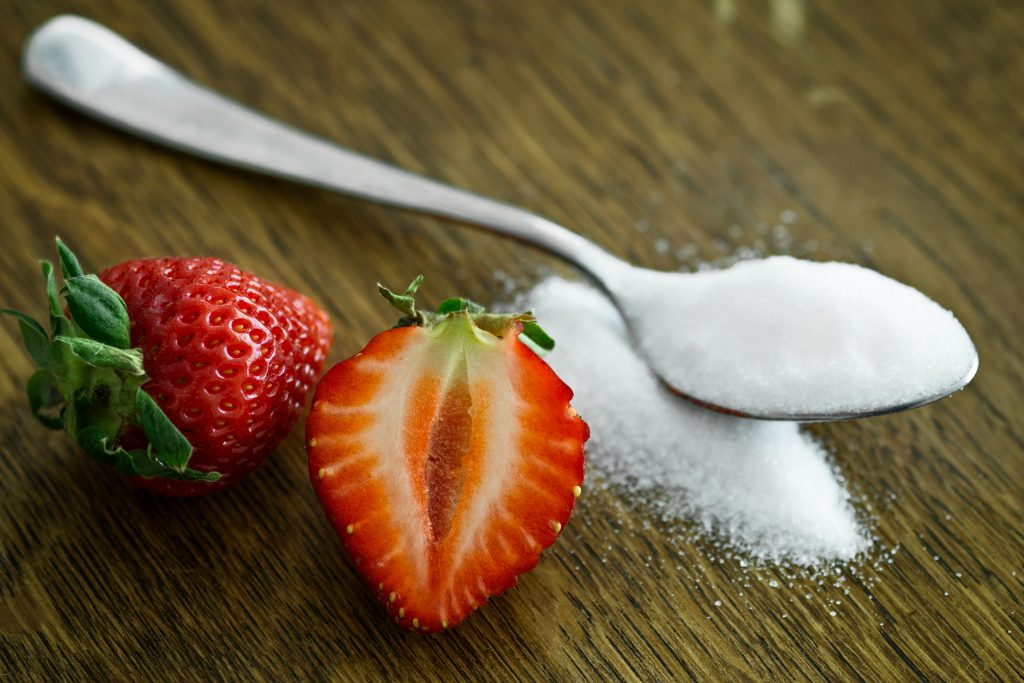 At least a year ago I decided that I ought to move in the direction of following a Low Carb High Fat (LCHF) diet. I know this is against current NHS and dietary advice, but to me after studying the science and looking at the evidence – in particular the total lack of any causative link between cholesterol and coronary heart disease (CHD), and being totally perplexed at the way the statin debate was moving – I could see the rationale for “ploughing my own furrow“.

[As an aside, I must encourage any person interested in their heart/liver health to look at Malcolm Kendrick’s Blog and Books, and to watch Ivor Cummins excellent set of videos. A set of links appears at the bottom of this post.]

I gave up adding sugar surprisingly easily. I just stopped one morning, and stuck to it both in drinks and on top of cereals and sweets. Much easier than  giving up smoking!!! We began to eat less processed bread; I started eating more oatcakes and Ryvita; I re-introduced butter to my diet and stopped eating any spreads that were processed (ie based on poly-unsaturated fats, or containing trans-fats); I ate less jam but it was really difficult to give-up marmalade and I still liked chocolate and sweets as a treat and gap-filler between meals; I rejoiced in eating meat, cheese, but also a fair amount of fish.

Then I got a wake-up call.

My dietary strategy needed a review and re-think. I still was convinced that LCHF was the way to go – the science and evidence seemed obvious to me, as well as the evidence of the benefits of following a Mediterranean-type diet, etc. [How can you explain that France has the lowest rate of CHD in Europe and eats the greatest amount of saturated fat – go on, try!!] So should I just be more rigorous in my application of LCHF, maybe go Keto  even, or should I just reflect on what I was eating and be a little more disciplined.

That should have been relatively straightforward, but I soon began to realise that LCHF was not everything. The very nature of the carbohydrates one eats has a very different impact upon the body, and the way it uses the food we provide it with to produce the energy we need to go about our daily lives. Moreover, it also became apparent to me through Ivor Cummins’ videos and others, that Insulin Resistance (IR) was the “elephant in the room” that was fuelling both Type 2 Diabetes, and Coronary Heart Disease, and that any strategy I was to follow needed to tackle the “IR issue”. [Please watch his videos to see how an engineer approaches a problem to arrive at a solution.]

I was satisfied from my research that the addition of a sensible amount of saturated fat to my diet was not going to cause problems as it provided a slow-release of energy into my bloodstream; what was needed was to look for the equivalent in the carbohydrate spectrum. That is when I found the list of Low Glycaemic Index foods. Here you can see that by eating Low-GI foods you are eating foods that will break down slowly, just like the saturated fats. In the absence of easily available High-GI carbs (eg sugary  and processed foods that break down quickly and stimulate appetite and snacking between meals), the body will be forced to use the Low-GI carbs for getting its energy.

It’s early days but I can truly say that I’ve begun to lose weight, and I’m not snacking between meals either, and I’ve not eaten any sweets in over a fortnight, and have not felt the need to. So far, so good.

Alcohol? Well let’s just say that, regrettably, I’ve decided to stop drinking beer for the moment, or “liquid bread” as it has been described elsewhere, as the common ingredients (especially the yeast) are not helping my digestion. A little bit of wine, however … now that’s a different story.

A selection of references:

The cholesterol conundrum – and root cause solution

Friends, Romans, Cardiac Practitioners, lend me your ears; I come here to bury LDL not to praise him

More from Diabetes.co.uk – a worldwide forum for those suffering from Diabetes. The link between Diabetes and CHD is totally compelling, if you follow Ivor Cummins and Malcolm Kendrick’s research

What is the difference between Low Carb and Low-GI?